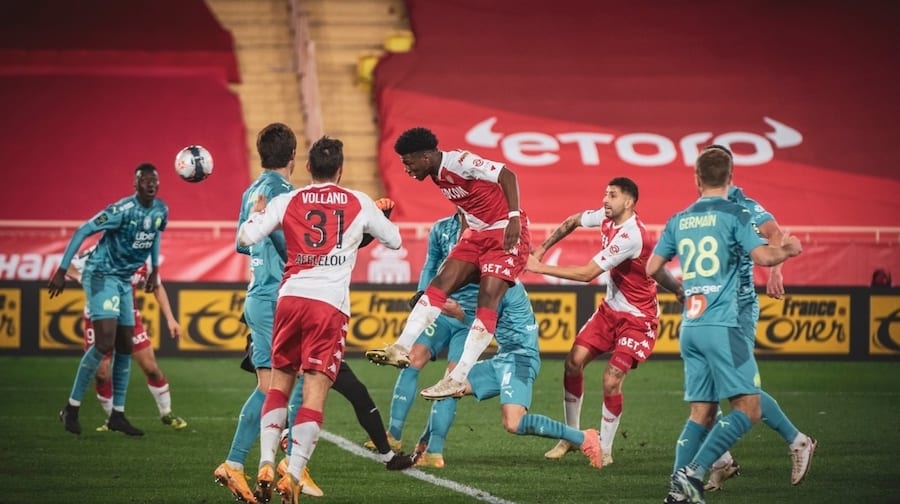 The Red and Whites took their fourth victory in a row after a brilliant showing Friday night against Olympique de Marseille, winning three to one at a home game at Stade Louis II.
If Olympique de Marseille thought they were going to end their slump in their game against Monaco, they were sorely mistaken.
It looked as though Marseille may have had a chance, as Nemanja Radonjic scored the opening goal at 12 minutes in, but this did nothing more than make Monaco step up their defence, keeping the opponents at bay for the rest of the half. Still, this meant Monaco went into the locker room with a one point deficit. Not an ideal place to be.
Though the Red and Whites weren’t able to convert the entire first half, after the break they hit their stride. Aleksandr Golovin made a beauty of a pass to Guillermo Maripán. The Chilean landed the ball inside the far post, evening up the score.
It wasn’t until the 75th minute when the next goal was made, this time by Aurélien Tchouameni, with another Golovin assist, putting Monaco in the lead.
As if the simple lead wasn’t enough, the end of the match was marked by a fantastic free kick by Stevan Jovetic at exactly the 90 mark. The missile of a ball landed in the top corner, flying past the goalkeeper to seal the deal. The game ended with a three to one victory for Monaco.
Coach Niko Kovac, happy with the way his men played, said after the match: “I definitely want to congratulate my players on the victory, especially against a team of this quality, one of the best in the league. Even though we didn’t start the game the way I wanted – we conceded that goal, which was avoidable – but after 20/25 minutes of play, it was not the same. From then on, we dominated the match. We deserved this victory, in my opinion.”
The Red and Whites’ next game will be Sunday 31st January at the Stade de la Beaujoire where they face off against Nantes at 9pm.

Photo by AS Monaco (Monaco Life with AS Monaco press release)