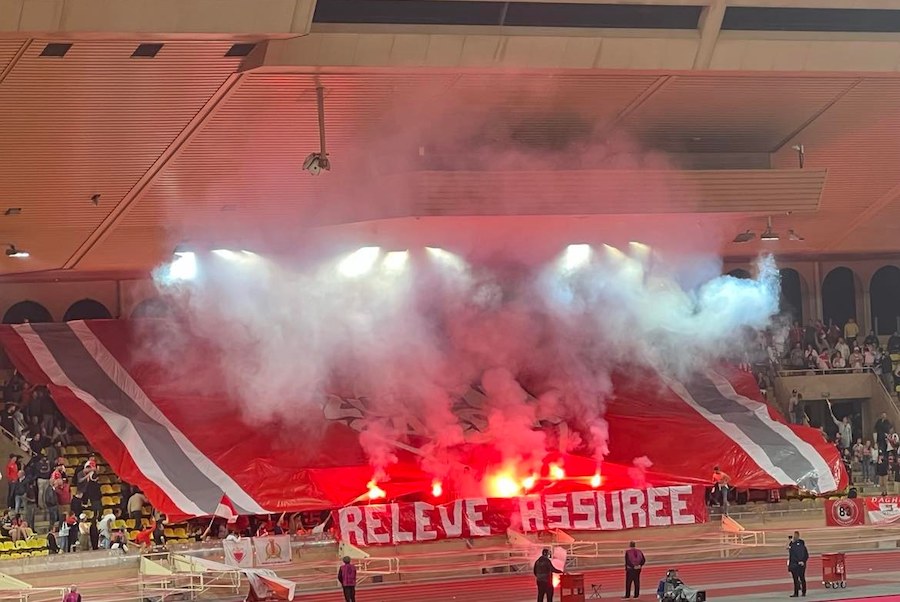 Philippe Clement’s men pulled off a stunning remontada against Brest on Saturday, to leave them just a point away from ensuring Champions League football next with just one game remaining.

Wissam Ben Yedder was the hero. 2-0 down after just 23 minutes, all of Monaco’s hard work over the past two months looked like coming undone. But a Ben Yedder hat-trick turned the game around as Monaco sealed at least Europa League football for next season, and they go to RC Lens next week with the chance of securing a Champions League spot.

Monaco went into the final home game of the season as the most in-form side in Europe’s top-five divisions. There was a burgeoning expectation that they would continue their eight-game winning run against a Brest side, who despite being a tricky opponent, had nothing to play for but pride.

Prior to kick-off Monaco paid homage to Jean-Paul Chaude, unveiling a large tifo in memory of the former President of the Monaco supporters’ club, who died a year ago.

But for the reinstatement of Axel Disasi at centre-back, Clement named an unchanged side. However, this season’s swansong at the Stade Louis II didn’t go to script. Jean-Kévin Duverne opened the scoring against the run of play, as Kevin Volland was slow to vacate the back-post following a corner, playing everyone onside, including Duverne, who tapped in from close range.

Monaco still dominated the play, but couldn’t find the finish. Disasi struck the woodwork with a bullet header from a corner, and had another header cleared off the line, but things would get worse for the Monégasques before they would get better.

The tricky Youcef Belaili caused Ruben Aguilar and Disasi issues throughout the half, and one of his mazy, driving runs ended in a goal, as he blasted past Alexander Nubel to shock the home fans into silence and double the lead.

It could have been three but for Nubel, whose finger-tip save was, in retrospect, the turning point of this crucial clash. Just minutes later, VAR awarded Monaco a penalty and Ben Yedder stepped up to halve the deficit going into the break.

Clement had to rally his troops at the break, and he revealed his method to Monaco Life post-match. “Around 10 days ago, after Real Madrid’s remontada against Manchester City, I showed some of the images to my players to show them that they must always believe. Like Real Madrid, we are a team that can score two or three goals in only a few minutes, and I evoked that at half-time.”

It certainly had the desired effect. In front of Prince Albert II and owner Dmitry Rybolovlev, two goals from Ben Yedder within 10 minutes of the break turned the match on its head. It was the French striker’s first for the club and – at least temporarily – it took him level with Kylian Mbappé at the top of the goalscorer standings.

That goal coincided with Lille equalising down the road at Nice, which as it stood, ensured qualification for European competition next season, whilst Marseille were two down at Rennes, pushing Clement’s men up to second.

Having taken the lead, the victory was a formality, they had broken the back of Brest and an onslaught on the visitor’s goal ensued. Volland slotted home a fourth after Ben Yedder’s attempt was parried, and Ismail Jakobs and Myron Boadu had chances to extend the lead further.

Ultimately, however, four was enough. Marseille’s defeat to Rennes and Nice’s defeat to Lille capped the perfect night. Victory against RC Lens would ensure second place, but only a draw is necessary to finish the season on the podium A turnaround as unbelievable as it is remarkable has manifested itself in the Principality, and although the final act is yet to be written, another European adventure awaits them next season. 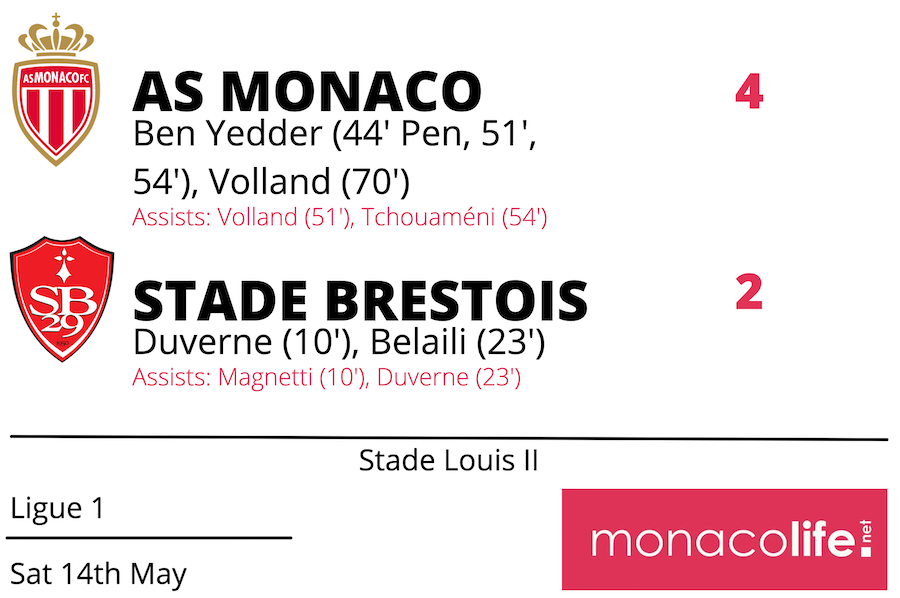