AS Monaco partner up with Peace and Sport

AS Monaco partner up with Peace and Sport 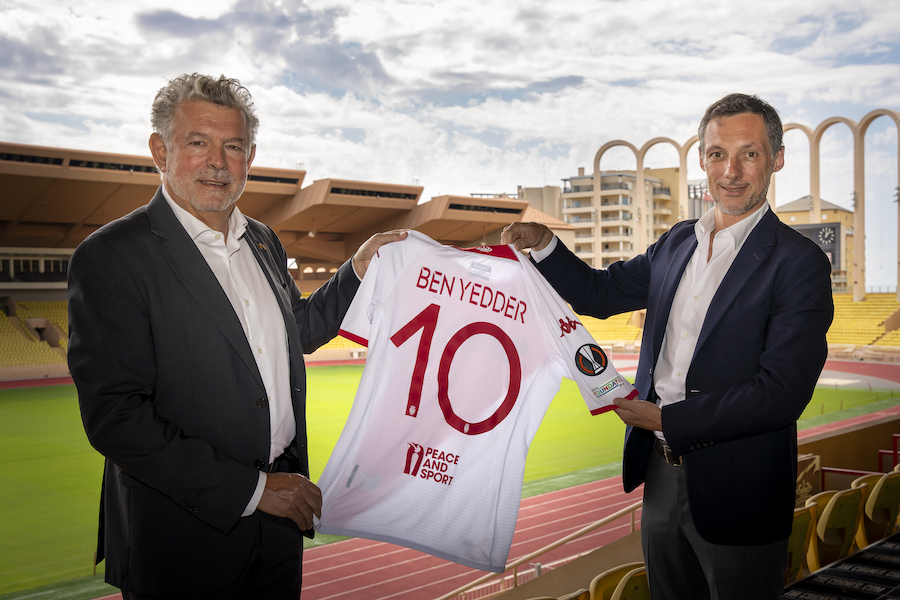 The charity Peace and Sport will feature on AS Monaco’s jersey during their Europa League campaign, which kicks off in Belgrade, Serbia on Thursday.

Amidst the excitement leading up to the beginning of another European adventure, Philippe Clement’s men will travel across the continent accompanied by a new partner. The charity Peace and Sport, a Monaco-based organisation, will feature on the back of the club’s jersey during the entirety of the club’s Europa League campaign, however long that may last.

Peace and Sport celebrates its 15th anniversary this year, and speaking in a press release from the club, their president and founder, Joël Bouzou, said, “Throughout this partnership, AS Monaco confirms its commitment to using sports as a tool for sustainable peace alongside us. By wearing the jersey with the ‘Peace and Sport’ logo, the players will become agents of change and promote the unifying values of sport from the neutrality of the Principality of Monaco.”

Bouzou continued, “Like AS Monaco, we are convinced that football acts as a universal language that has the capacity to transcend barriers and bring communities together. We are therefore very pleased to be associated once again with this club committed to using sport for peace.”

In addition to exposing their logo, the club will also participate in some Peace and Sport operations, including its annual International Forum, and it will also be involved in the organisation’s field programmes.

The charity has previously featured on a Monaco jersey during the 2008/09 season, and the two entities have regularly collaborated since.

“We are pleased to strengthen our relationship with Peace and Sport, 14 years after the first collaboration between our two entities,” Monaco CEO Jean-Emmanuel de Witt said. “Peace and Sport is an international reference organisation, whose values of tolerance and fraternity we share, as well as the conviction that sport is an extraordinary tool for development and peace. We are therefore proud to join forces with other Monégasque institutions and to give Peace and Sport the benefit of our sounding board during our European campaign.”

Monaco’s Europa League campaign begins against Red Star Belgrade on Thursday night, with both entities hoping for a long, and ultimately successful campaign.