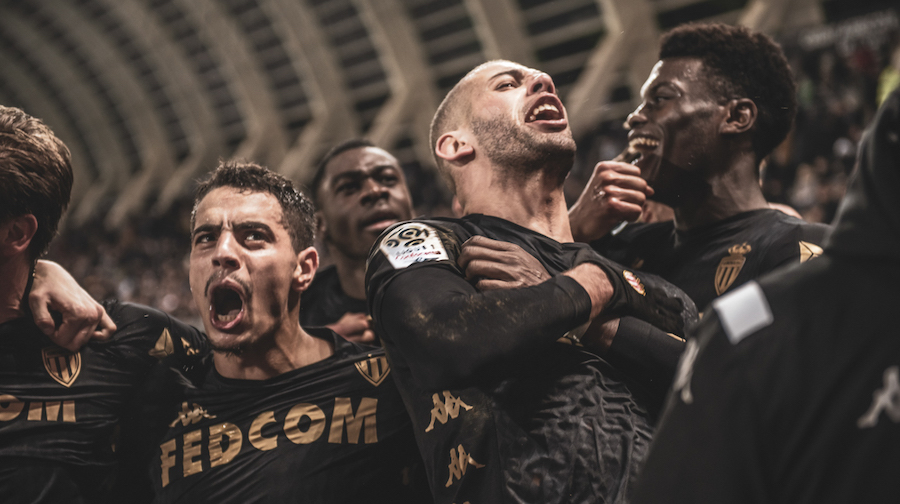 It was a one-two punch in the last minutes of the game that turned the tables for AS Monaco in a hard-fought match against Amiens on Saturday.

Monaco’s dynamic duo, Wissam Ben Yedder and Islam Slimani, saved the day – or evening as it were – on Saturday night in a nail biting away game against Amiens. Monaco’s standing in Ligue 1 play is slowly creeping up, despite some recent setbacks putting them in 7th place, just one point behind Strasbourg.

The match didn’t start out so well for the Red and Whites, as Amiens’ Serhou Guirassy slipped one between the posts at just nine minutes in. Golovin reacted quickly but found his path blocked. Jovetic then tried it on in the 16th, but not no avail. A header by Baldé in the 24th went a bit too high, though he was not deterred. Two minutes later, he made a shot on goal, but Amiens’ goalie Gurtner was Johnny on the spot and batted it away.

Just before halftime, it was Jovetic who made another gallant effort on a pass from Ben Yedder, but Gurtner was not to be overrun.

After the break, the Red and Whites felt the pressure, as shown by a missed free shot by Jovetic at the 53rdminute. Fofana then made a fantastic shot but was repelled by Gurtner. Coach Moreno replaced Baldé with Slimani after this, and though it took him a while to get his sea legs, by the 75th minute he was full steam ahead. He made a play on goal in the 75th, and managed to escape an obvious penalty, but still there was nothing to show for the efforts.

Finally, in the 85th minute of play, a magical volley led to Wissam Ben Yedder knocking one between the poles, tying up the game and putting Amiens on the defence. Forcing the game into extra time, Islam Slimani made a near-perfect header on a pass from Fabregas which put Monaco in the lead. His return to the pitch was indeed a triumph, and AS Monaco was able to walk away with a second win in a row.

The Red and Whites play again on Friday against Montpellier at home at Stade Louis II.