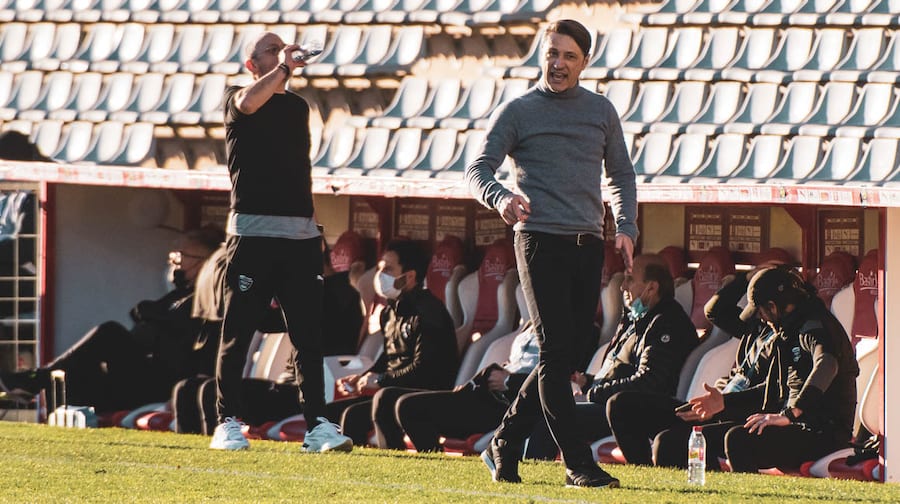 AS Monaco saw their seventh straight victory when they faced off against Nîmes Olympique at Stade des Costières on Sunday night, but it was no walk in the park for the Red and Whites as both sides fought hard for their goals.
It was a nail-biter right from the start. Only three minutes into play, Aleksandr Golovin made the opening goal with a left-footer that landed beautifully in the net giving them an almost instant 0 to1 advantage.
Not 10 minutes later it was history repeating itself as Golovin was again Johnny-on-the-spot, knocking one just below the crossbar to give Monaco a 0-2 advantage. This could have been 0-3 by the 17th minute, if a goal by Wissam Ben Yedder had not been ruled out.
Down, but by no means out, Nîmes lashed back 10 minutes later with a fantastic goal by, Lucas Deaux, breathing life back into the match. Zinédine Ferhat followed up soon after, evening the score to 2-2.
No more goals were made in the first half, so both teams went into the locker room on even standing.
After halftime, and just after the hour mark, it was again the unstoppable Aleksandr Golovin who made a magnificent free kick that landed in the bottom corner of the net. Now back in the lead, Monaco were not about to let it go.
Kevin Volland knocked a beauty between the posts in the 77th minute, giving Monaco a two point lead at 2-4.
Nîmes Niclas Eliasson brought his team to within one goal, with a top corner shot that made its way past Lecomte, putting them to within spitting distance of the tie. Fortunately, the Red and Whites were able to hold them off and the match ended in a 3-4 win for Monaco.
“Everyone saw us winning easily,” said Coach Niko Kovac, “but I want you to remember that I said we were going to face a difficult team. I have played a lot of matches like this, I told my players, and at the press conference I said that no Ligue 1 team is easy to play against, especially when they are fighting for survival.”
This win leaves Monaco still in fourth place in Ligue 1 standings, three points behind PSG and eight off the top spot held by Lille. Coach Kovac says he knows what needs to be done to boost Monaco into the top three.
“The difference between Monaco and Lille, Paris and Lyon is that these three sides have had the opportunity to work together for many years, they know each other perfectly. Moreover, they concede fewer goals than us. We need to improve on the defensive side of things.”
The Red and Whites play again on Wednesday night when they face off against Grenoble.

(Monaco Life with AS Monaco press release, photo by AS Monaco)