AS Monaco release first football made out of recycled vegetables

AS Monaco release first football made out of recycled vegetables 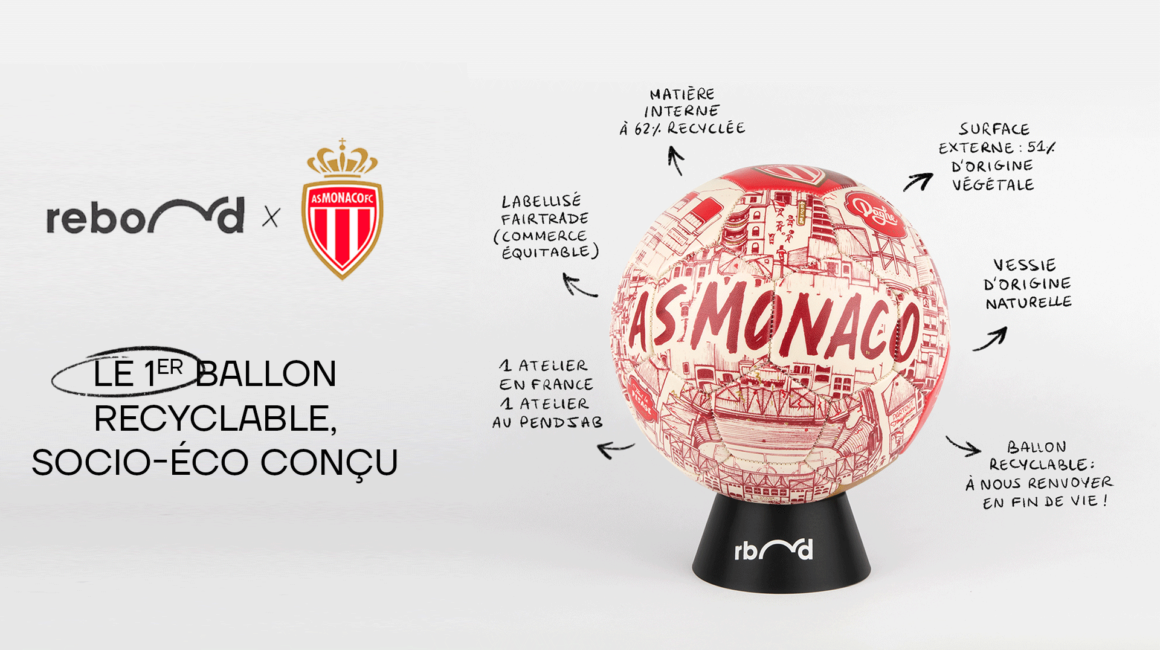 AS Monaco have, along with the other 19 Ligue 1 clubs, partnered up with Rebond to create the world’s first-ever football made out of recycled vegetable materials.

The project coincides with the start of European Sustainable Development Week, which began on 18th September, and runs through until 8th October. The Principality club have teamed up with Rebond, a company dedicated to creating eco-friendly sports balls, by working with ecological materials, working within the circular economy, and by developing a French production line.

The ball, which includes key elements of the Principality, as well as iconic representations of the club and its decorated history, was designed by Docteur Paper.

The ball is already available for purchase, although any potential buyers will have to move quickly. Currently, the ball can only be bought on the Ulule platform with 500 balls able to be delivered before Christmas. Any extra balls purchased will be delivered in March 2023.

However, the club itself will soon start selling the ball both online and also in the club’s shop in Monaco. Funds raised through sales will fund further research and development into eco-friendly designs.

The club has also pledged to give all of its proceeds to the Oceanographic Institute, thus aiding the preservation of oceans, and its wildlife and plant life.

AS Monaco’s latest partnership fits in with the club strategy of becoming more environmentally responsible. The club’s shop became a member of the government’s environmental label, which entails certain commitments toward sustainability.

Through the club’s ‘Red and White beehives’ campaign, AS Monaco have also committed to helping biodiversity in the Principality, by financing a beehive for every 10 goals scored in Ligue 1 this season.