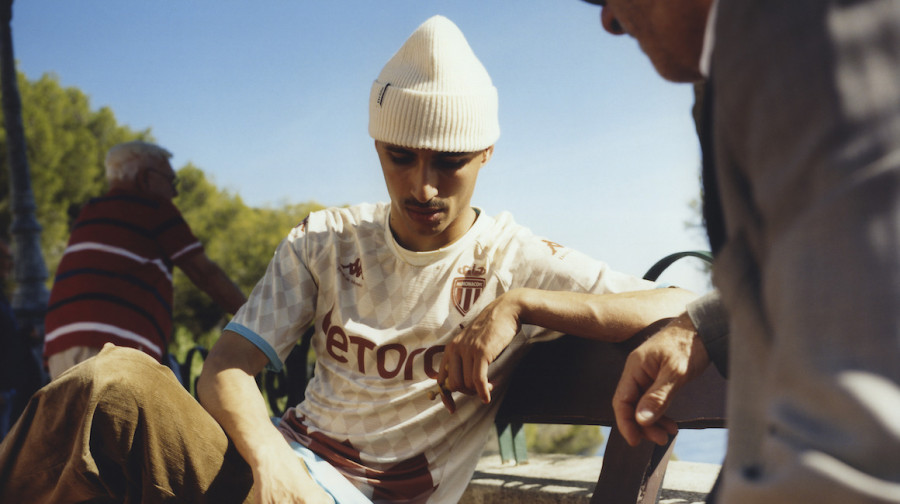 In collaboration with Parisian brand Drôle de Monsieur, AS Monaco has released a new kit and a sportswear line, inspired by 1970s and 1990s fashion.

Drôle de Monsieur have reimagined the concept of an AS Monaco shirt. Gone is the red and white, as well as the classical Diagonale that is so iconic of the club. Fusing elements of 1970s and 1990s fashion, the Parisian streetwear brand have created “an ode to the Riviera, of which Monaco is the crowning jewel”.

Although breaking from the Monégasque tradition in some ways, the collection is nonetheless inspired by the history of the Principality, demonstrating a direct link to the region.

The collection consists of two full outfits – complete with a shirt, shorts, and shoes – and a “lifestyle” range, consisting of two T-shirts, a tracksuit, a bag, and a cap. 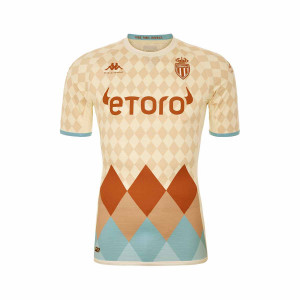 The collaboration has also given rise to a fourth kit, which is to be worn during Monaco’s match against Lille on Sunday evening.

“The shirt and the capsule collection blend together elements of the identity of the club and the world of fashion, through Drôle de Monsieur’s elegant vision,” said AS Monaco CEO Jean-Emmanuel de Witt.

The collection can be bought from the club’s official boutique in Monaco, on the club’s or Kappa’s online store, as well as at the Drôle de Monsieur shop in Paris.

Photos supplied by AS Monaco