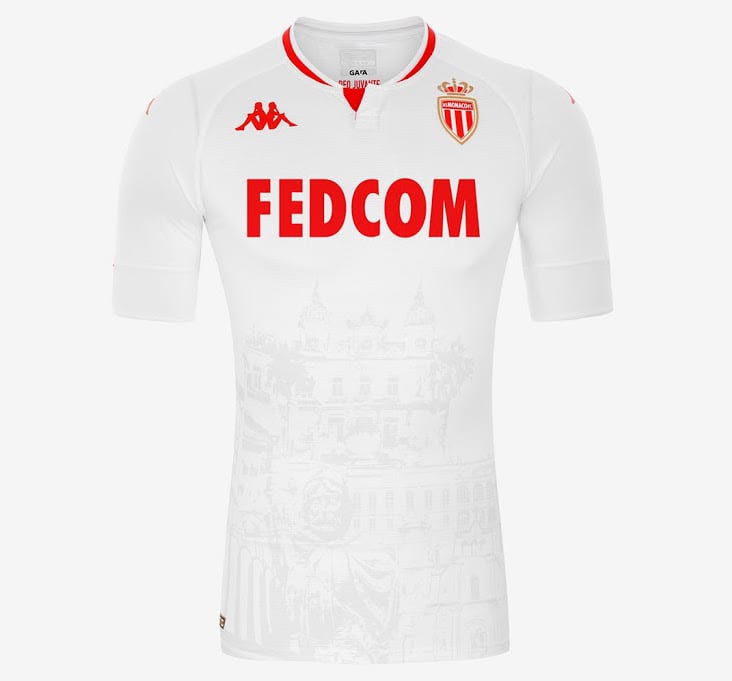 AS Monaco pays tribute to some of the most enduring images of the Principality in their latest jersey for the 2020-21 season. A white shirt with red lettering on the top lead downward to what looks like an elegant picture postcard of Monaco imbued on the bottom two-thirds.

The Place du Casino, Sainte Dévote Church, the statue of François Grimaldi, Stade Louis II, the Place du Palais Princier and the Notre Dame Immaculée Cathedral are all shown as a collage in a subtle illustration adorning the jersey.

Designed by Kappa, the jerseys are being marketed on the Red and Whites website with the caption, “Play the Monaco Cards”. The jersey is coupled with matching shorts and socks to complete the look.

The team has updated its uniforms this year and has already revealed a new jersey with a diagonal stripe originally championed by Princess Grace, as well as new away kit in navy and yellow also featuring the diagonal stripe.