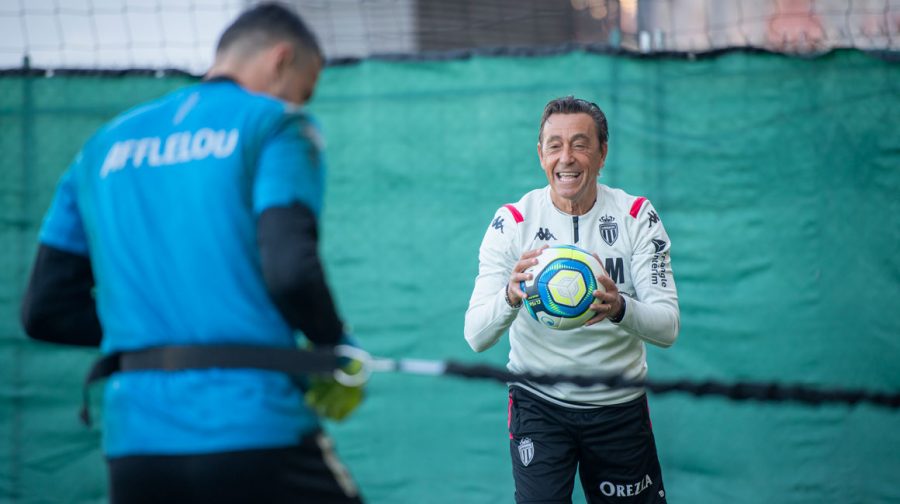 For the last decade, AS Monaco’s goalies have been under the watchful eye of coach André Amitrano. This week, they say goodbye to the dedicated 62-year old who has decided to take early retirement ahead of his contract ending in June.

Though Amitrano, affectionately known as Dédé, has been goalkeeping coach since 2009, his history with the Red and Whites goes back to 1977, when he was recruited at age 19 from amateur football club US Cannes-la-Bocca.

He was second string goalie for Monaco until 1982, the year he was part of the Championship team of France, when he moved across town to OCG Nice, playing there until 1988, then on to AS Cannes until 1994. After nearly 300 games, he retired from playing and embarked on his second career as coach, where he worked with goalkeepers from Valencia, Rennes and Guingamp.

In 2009, Dédé returned to Monaco, remaining faithful to the team despite ups and downs, including a slide into Ligue 2 in 2011 and the reinstatement to Ligue 1 in 2013. He has outlasted five head coaches in his tenure and has coached stars such as Benjamin Lecomte, Stéphane Ruffier and Daniel Subasic, who was goalie for the Croatian National Team in 2018 when they reached the finals for the World Cup.

His out of the box training methods proved successful over the years and earned him the love and respect from his players. AS Monaco has wished him well on his next steps and sadly say goodbye to a consummate professional.