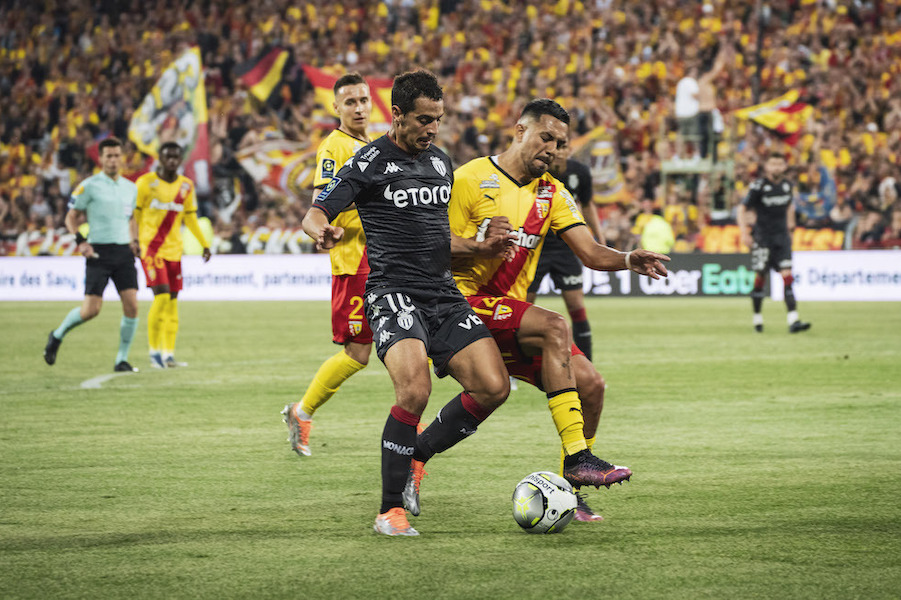 Philippe Clement’s men secured their place on the bottom step of the Ligue 1 podium on Saturday, as a late Lens equaliser stole direct qualification to the Champion’s League group stages from their grasp.

Nonetheless, AS Monaco’s end to the season is an unquantifiable success. European football in any form would have certainly sufficed back in mid-March, whilst the Champions League looked like a pipe dream. The Principality side will now go through the qualifying rounds of the competition in order to seal a place in the group stage.

A victory for Lens could have earnt them Europa Conference qualification if other results went their way, and they certainly began the match like a team on a mission. Amidst a raucous atmosphere at the Stade Bollaert-Delelis, Lens struck the first blow.

A poor parry from Alexander Nübel was directed straight into the path of Przemyslaw Frankowski, who made no mistake with a rather simple finish. The home side, however, quickly began to wane, and Monaco grabbed a foothold in the match.

Benoit Badiashile restored parity before half-time, finishing from a corner at the second time of asking. Elsewhere, Marseille led at Strasbourg, meaning a victory was needed in order to retain the second spot that they held going into the final gameweek.

Lens struggled to wrestle control of the game back from the Monégasques, and it was a case of cometh the hour cometh the man as the unsilenceable Wissam Ben Yedder struck just after the hour mark.

From a well-worked counter-attack, Kevin Volland picked out his strike partner at the back-post, who headed home to turn the game on its head.

Rennes, meanwhile, were only drawing at Lille; this was now a two-horse race between Marseille and Monaco, both of whom were battling it out for the second place. Monaco simply had to hold on and the spoils would be theirs.

In a season that has been full of twists and turns, there was to be one more before the final whistle. Deep, deep into injury time, Lens whipped a free-kick into the box, chaos ensued and amongst all of that, Kevin Danso poked the ball into the path of Ignatius Ganago, who fired home to restore parity once again.

At the death, second place was snatched from Monaco’s grasp, but Clement’s men can still console themselves with having secured qualification to the play-offs of the Champions League, a feat that seemed impossible just weeks ago.

Clement articulated his thoughts on a match of mixed emotions: “The disappointment is huge, but above all, there is enormous pride for my players, my staff, our managers, and our supporters. This feeling of pride is much bigger because, in these last months, I have seen a team of winners… my players can be proud of themselves,” said the Belgian manager.

It was a bitter-sweet evening for Monaco, but the fact that the side can feel “disappointment” on a night where qualification to the Champions League was secured, is an unmistakable sign of how far this team has come in such a short period of time. 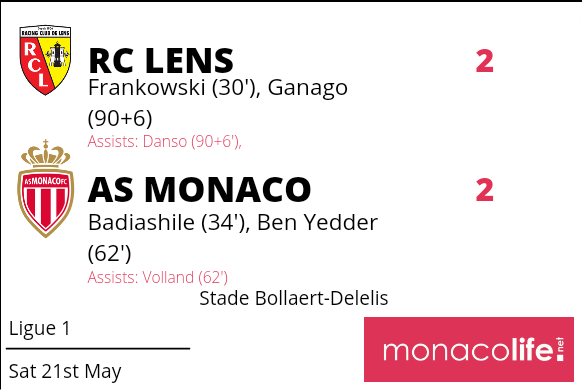 Local News Stephanie Horsman - February 24, 2021
As more governments consider the idea of vaccine passports as a way out of Covid restrictions on travel, some fear the documents will discriminate against those unable, or unwilling, to take the jab.

Lifestyle & Wellbeing Cassandra Tanti - August 4, 2021
France’s Provence Alpes Côte d’Azur region will be implementing its ‘white plan’ in hospitals as it struggles to cope with the highest number of Covid patients in the country.