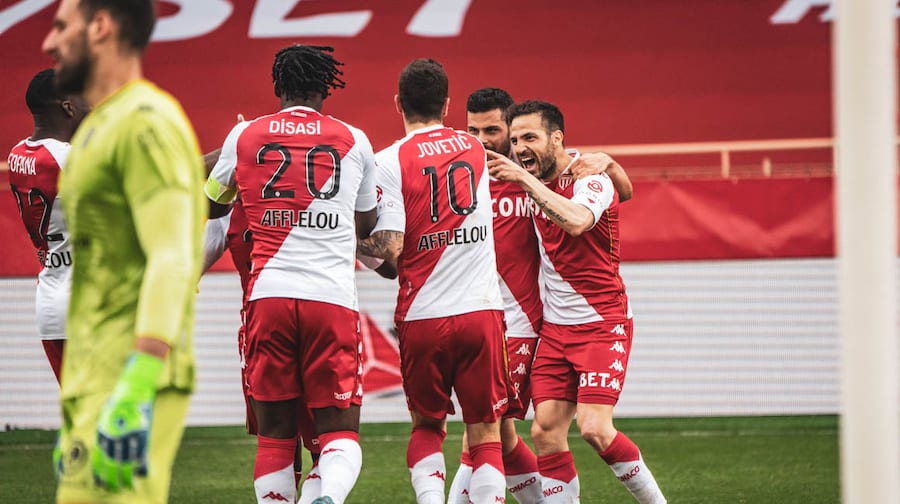 In the first of two games being played between Monaco and Metz, Monaco took control, beating their opponents soundly four to nil on Saturday at home in Stade Louis II.
It was a resounding victory for the Red and Whites when they squared off Saturday against Metz, but it was still anyone’s game to win for the whole first half.
Both Monaco and Metz played well-organised games the first 45 minutes, but not a single player was able to convert. The closest Monaco came was Kevin Volland who got a rebounded shot from an attempt by Alekdansdr Golovin. The header hit the post but didn’t quite make it in.
Les Grenats had a shot as well at 41 minutes when Lamine Gueye made a beautiful shot on goal, ultimately blocked by the ever-vigilant Benjamin Lecomte.
It wasn’t until after halftime that things got interesting. About five minutes after returning from the locker rooms, Cesc Fabregas opened scoring giving him his second goal this season. Volland was hot on his heels and two minutes later knocked one between the posts, doubling the score for Monaco.
Then came the double whammy by Team Captain Wissam Ben Yedder. Played in by Caio Henrique, Ben Yedder landed the ball below the crossbar at 77 minutes in, followed by an end-of-game beauty just a minute before the game’s end, leaving Monaco the undisputed winners with a final score of 4 to 0.
This victory pushed Monaco into a tight third place spot in the Ligue 1 standings, a mere one point ahead of Lyon and one point behind PSG.
“I know we are provisionally third, but we must not get excited,” Coach Niko Kovac said after the game. “There are seven matches to play and 21 points left to distribute. Winning was our goal today. There is nothing more to say.”
Monaco faces off against Metz again on 6th April where they will see if they can keep up the pace or if Metz take their revenge.