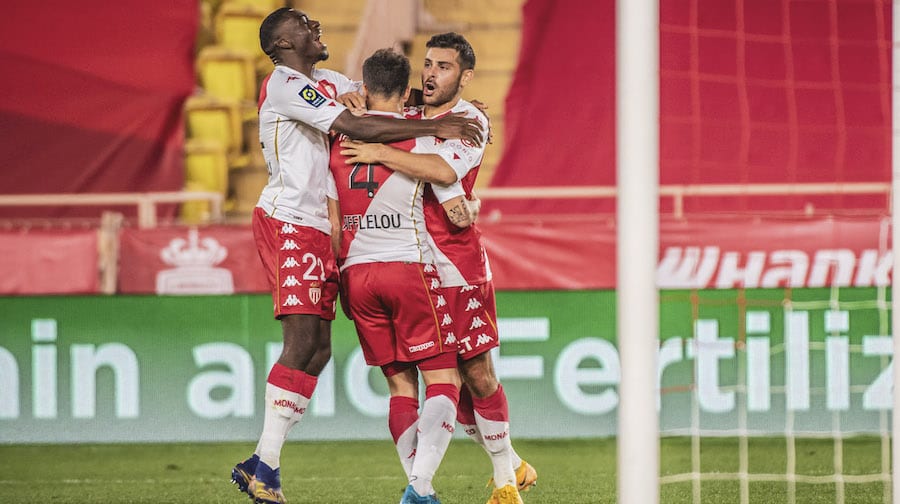 As Monaco has come back from two goals down to beat the league-leading Parisians, boosting the Red and Whites to second in Ligue 1.
Kylian Mbappe’s two goals against his former club were not enough as Paris Saint-Germain wasted a 2-0 lead and lost at Monaco 3-2 on Friday.
Mbappe’s first-half brace took him to 99 goals for PSG since joining from Monaco three years ago in a deal worth a staggering €180 million euros
But lively German forward Kevin Volland netted twice after the break, and was fouled by centre half Abdou Diallo for a penalty converted by former Spain and Barcelona midfielder Cesc Fabregas in the 83rd.
Diallo was sent off to leave PSG with 10 men in the closing stages.
The defeat was PSG’s third of the season and ended a run of eight straight wins after losing the first two games.
Monaco moved up to second place, and four points behind PSG, despite being without top scorer Wissam Ben Yedder as he recovers from the coronavirus.
Another comfortable PSG win looked on the cards when Mbappe latched on to a fine pass from winger Angel Di Maria and finished confidently in the 24th minute.
The France striker then beat goalkeeper Vito Mannone from the spot in the 36th after midfielder Youssouf Fofana gave away a penalty.
Striker Moise Kean and Mbappe had goals ruled out for offside shortly before the break, and Monaco pulled one back in the 51st when Volland turned in Fofana’s cross from the right.
Volland pounced again in the 64th when Fabregas set him up from close range and Fabregas scooped over a shot 10 minutes later as Monaco found another gear.