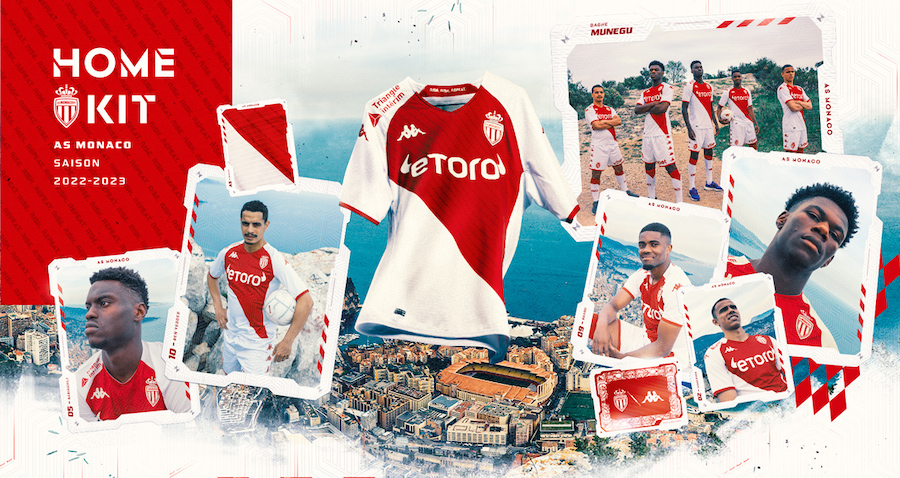 For the fourth consecutive year, AS Monaco has partnered with Italian kit manufacturer Kappa to release their new home kit, which will make its debut in Saturday’s match against Brest.

The release was teased on Thursday before being unveiled on Friday morning with a video shot with drones on Tête de Chien. The video featured Wissam Ben Yedder, Aurélien Tchouaméni, Vanderson, Myron Boadu and Benoît Badiashile wearing the new home kit on the rock which overlooks the Principality (see the video below).

Unlike this year’s jersey, it has white sleeves and a white back. However, it stays true to tradition, maintaining Princess Grace’s diagonal design, which has been iconic of Monaco’s kits for over 60 years. That tradition has, however, been adapted with the subtle incorporation of the club’s motto “Rise, Risk, Repeat” on the upper diagonal section. That motto is currently celebrating its one-year anniversary.

Monaco’s main partner eToro is once again inscribed on the shirt, as is the silicone Monégasque crest, as well as a crown on the back collar. The Kappa jersey features Kombat Pro System technology, which is known to be ultra-resistant, elastic and breathable. The kit is complemented by white socks and shorts.

The kit will be worn for the first time on Saturday against Brest. The fixture will be Monaco’s final home game of the season, before they head to Lens for the final matchday.

The jersey is now available to purchase at www.shop.asmonaco.com 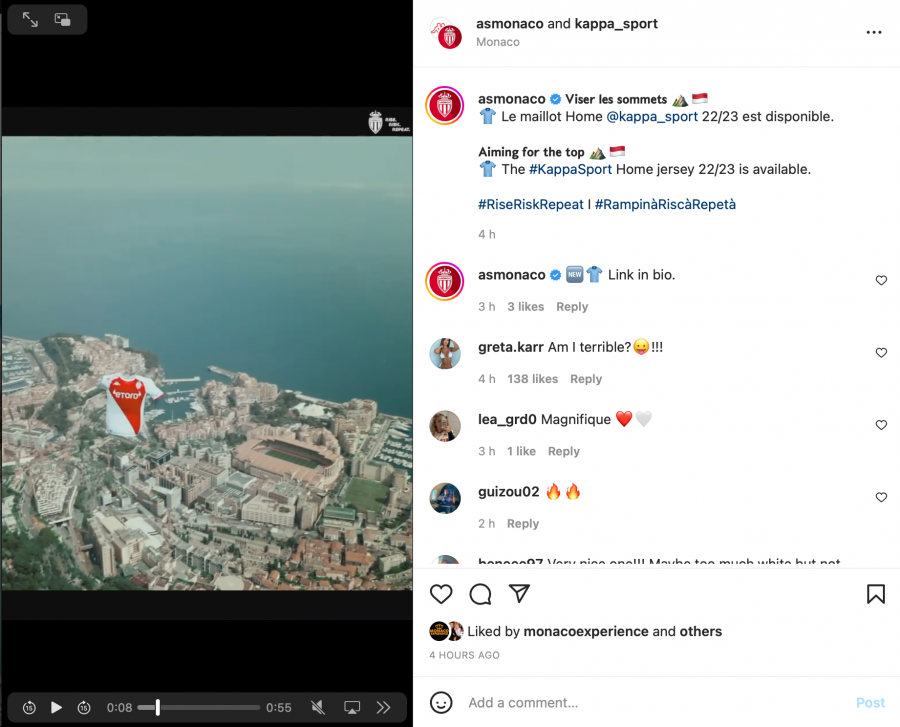 New tourism strategy in the making