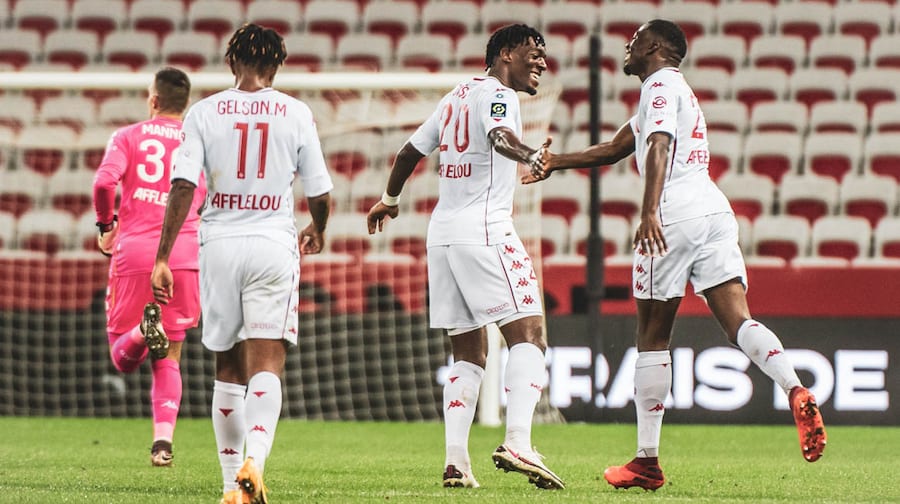 The Red and Whites have beaten Riviera rival OGC Nice in a hard-fought match ending in a solid 2-1 victory.
Crosstown rivals AS Monaco and OGC Nice played their 99th match against each other on Sunday at the Allianz Riviera, ending in an exciting win for the Red and Whites.
Coach Niko Kovac said it best in a rare display of enthusiastic compliments for his team, saying that his men, “played very good football, especially in the first 30 minutes when we were close to perfection.”
The coach maintained the 4-4-2 starting line-up from the teams’ previous win against Bordeaux, with the notable exception of Vito Mannone, who was in the goal box in place of the injured Benjamin Lecomte.
Monaco hit the ground running with a series of excellent plays, starting as soon as three minutes in when Kevin Volland almost made a goal, instead hitting the crossbar. This seemed to rev the Red and Whites up and they continued with some strong plays by Volland, Wissam Ben Yedder and Youssouf Fofana.
Finally, at the 23-minute mark, Axel Disani took a perfect header, converting it into the opening score of the game, his second goal of the season. At halftime, the score sat at 1-0 Monaco favour.
After the break, around 53 minutes in, it was Sofiane Diop, who had made some excellent assists earlier, who got the ball between the posts, scoring the second goal for Monaco.
Nice sprung to action and in the 69th minute saw Pierre Lees-Melou made a fantastic play, beating out Mannone for the goal, their only score of the game.
“It’s been a few years since AS Monaco won in Nice, so it’s a great satisfaction for the team and the supporters,” said Coach Kovac after the match. “We were able to create a lot of opportunities for ourselves and logically managed to open the scoring. I think this victory is deserved.”
This win puts Monaco in 6th position in the Ligue 1 standings, a good place to be as they go into the break. The team will then take on number one ranked Paris Saint-Germain at a home game at Stade Louis II on the 20th of November.