AS Monaco wins friendly against Nice

AS Monaco wins friendly against Nice 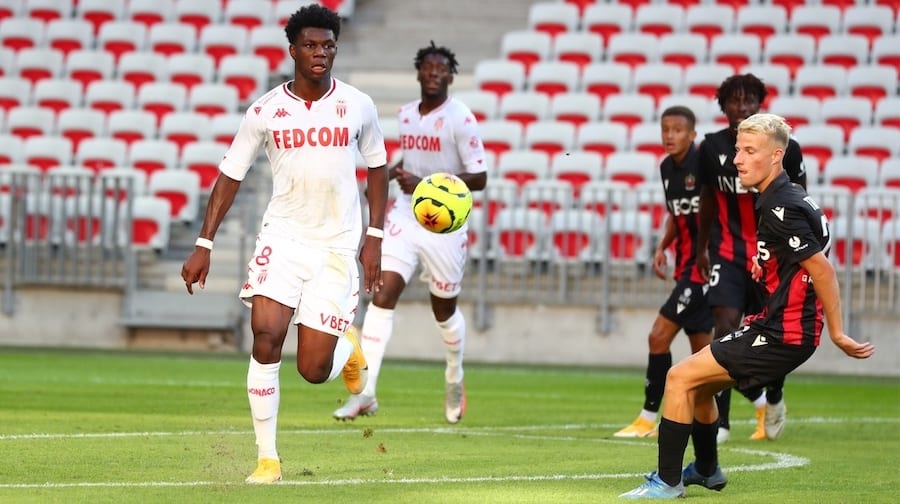 AS Monaco friendly match against OGC Nice ended in a gratifying 3-2 win against their cross-town rivals.

To keep momentum going during the international break, AS Monaco and OGC Nice organised a friendly match in a closed door setting last Friday evening at the Riviera Allianz stadium.

Nice came out on fire and within the first 15 minutes of play, the Red and Whites were looking at a 0-2 deficit. Undeterred, Monaco stepped up their game, and with a little help from their opponents, stole victory from the Niçoise team.

The first goal for Monaco came from a rather unexpected place. Just before the hour mark, Nice centre-back Flavius Daniliuc handed Monaco their first goal. Using this to their advantage, the Red and Whites picked up the pace and in the 76th minute of play, Gelson Martins knocked one between the posts.

Twelve minutes later as the game was coming to a close, Henry Onyekuru put another one through the goalposts on a cross from Martins.

The game ended in a 3-2 victory for Monaco and saw the debuts of Caio Henrique and Kevin Volland.

Their next match is set for Sunday 13th September against Nantes at Stade Louis II.