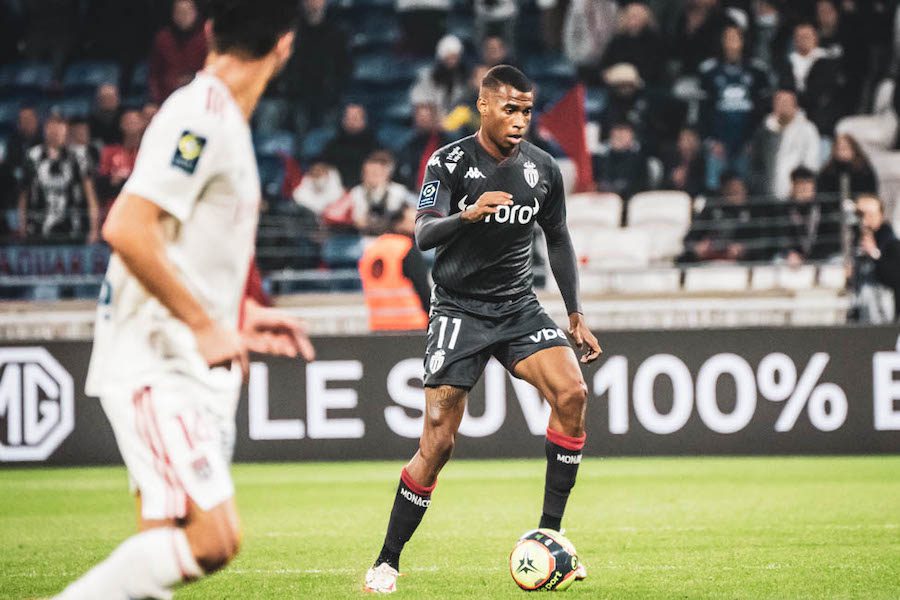 AS Monaco have succumbed to a 2-0 defeat at the Parc Olympique Lyonnais, bringing an end to a month-long unbeaten run in all competitions. The defeat also dealt a heavy blow to ASM’s Champions League ambitions, with Lyon, a fellow contender for the European places, moving above them in the table.
ASM went into the game in strong form, having won their previous three Ligue 1 matches in emphatic style. This, however, was a much more difficult challenge and Lyon, buoyed by a raucous home crowd, started the game strong.
Lyon dominated possession and territory early on without creating any chances of note. However, by midway through the first-half, ASM were under the cosh, with Lyon fashioning opportunities at will.
Toko Ekambi, who netted twice in last season’s fixture, forced Nübel into two good saves, the second save a spectacular dive across the goal to prevent the ball nestling into the corner.
As the half progressed, the absence of the suspended Tchouaméni became more and more apparent. Fofana, brought in for the press-resistant Tchouaméni, was caught in possession close to his own goal, leading to a glorious opportunity for Aouar who, unpressured within the box, could only place wide.
ASM, who failed to muster any clear-cut chances, were lucky to go into half-time level. However, Nico Kovac’s side started the second-half much stronger, managing to exert sustained pressure on the Lyon goal.
Gedson Martins forced Pollerbeck in the Lyon goal into a smart save, as he got down low to his right to force the shot around the post, when it looked destined for the corner.
The introduction of Lucas Paqueta for Lyon turned out to be the decisive moment of the game. His presence in the midfield provided Lyon with a cutting edge, and only moments later, they had a glorious chance to open the scoring.
Lyon captain Dubois, felled in the box by a strong challenge by ASM defender Disasi, was awarded a penalty. Toko Ekambi, Monaco’s nemesis in last season’s fixture, sent Nübel the wrong way to put Lyon in front.
The victory was assured by Denayer in the 90th minute, slotting into an empty net after Emerson, who had received the ball from an audacious Paqueta no-look pass, played the ball across the face of goal.
Kovac struck a determined tone in the post-match conference, saying, “We lost tonight, but life goes on… in the last six games we have had a series of positive results. We will get back up and continue to progress.”
Kovac will hope that his side bounce back strongly in their upcoming mid-week clash away to PSV in the Europa League.