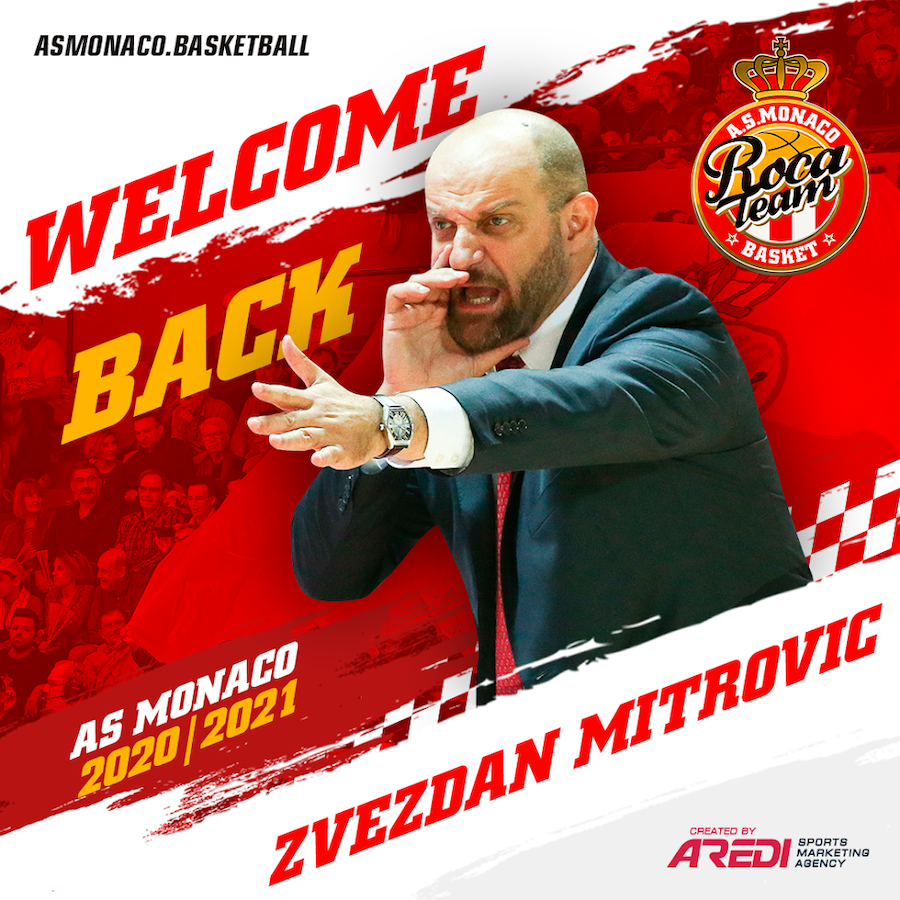 Everything old is new again. Montenegrin coach Zvezdan Mitrovic is returning to the Rock after a two year hiatus.

The 50-year-old was coach from 2015 to 2018 and saw the team scale massive heights. In 2016, Coach Z took his team to the top spot in the regular season, followed by two more seasons at number one. Those same three years saw the Roca team hoist the Leader’s Cup trophy each year.

Under Mitrovic, AS Monaco also won the bronze at the FIBA Champion’s League in Tenerife in 2017 and played in the finals the following year in Athens. Additionally, they made it to the finals of the Jeep Elite playoffs in 2018, where sadly they fell to Le Mans in the end.

Even during his two years in ASVEL, the coach was warmly received every time he returned to the Rock.

Coach Z is delighted to be back, saying, “As you can imagine, this return particularly pleased me. I am with friends. I feel at home in Monaco, this club is like my second home… We know the context, with the budget drop linked to the crisis that affects practically all clubs. We will do everything in our power to successfully wear the colours of AS Monaco… Daghe!”