ASM Basketball head to Istanbul after against Lavrio

ASM Basketball head to Istanbul after against Lavrio 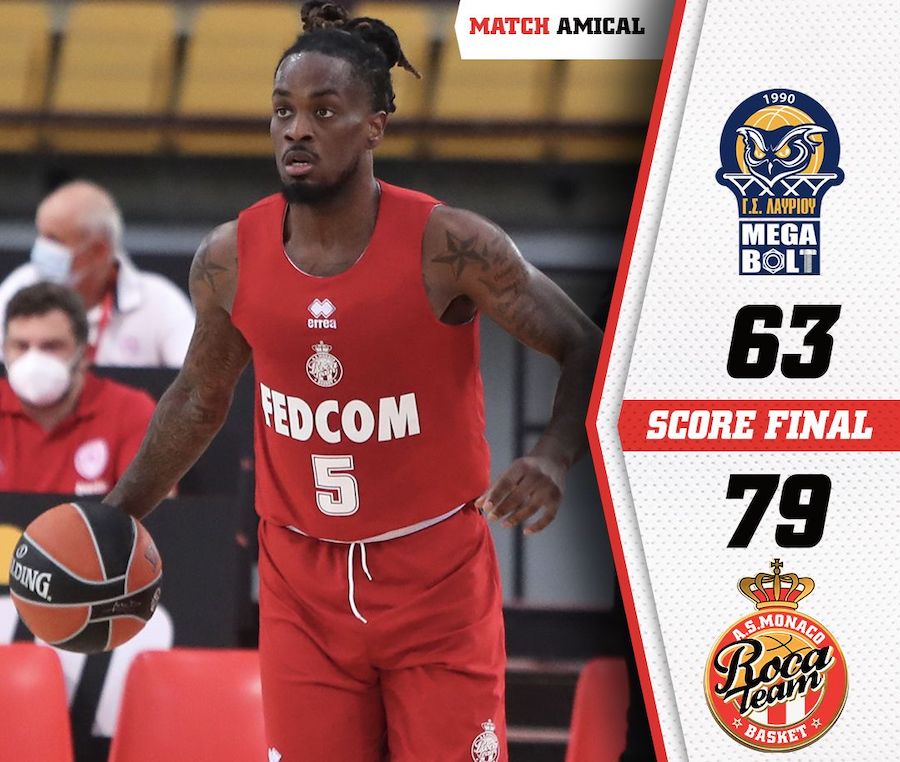 The Roca team have redeemed themselves by beating the Mega Bolts of Lavrio during a friendly in Greece, setting them up nicely for their next match against Partizan NIS Belgrade in Istanbul for the semi-finals of the Istanbul Cup.

Monaco went up against the Lavrio Mega Bolts in the last of the friendly games played on the Greek team’s home turf on Wednesday, where they won 79 to 63.

Lavrio came out swinging, but it simply wasn’t enough to keep the Roca team at bay. Monaco played with determination, at one point in the first quarter making an impressive run of nine consecutive baskets.

Alpha Diallo, a former Mega Bolt player turned Monaco power forward, was instrumental in keeping the opponents in check, and by the end of the first quarter, the score was a comfortable 25 to 18.

This shifted slightly in the second quarter where Lavrio limited the Roca team to only 11 points, but even this wasn’t enough to take the lead. The two teams headed to the locker room with Monaco leading 36 to 33.

After the halftime break, Monaco scored 10 points off the bat, to the opposing team’s none, boosting confidence and their lead to 46 – 33.

Coach Zvezdan Mitrovic, to his credit, gave a lot of court time to his young new players Diallo and Paris Lee, who both shone. Another bright spot was the return of star point guard Rob Gray.

Now the team heads to Istanbul to take on Partizan NIS Belgrade for the semi-finals of the Istanbul Cup on Saturday 11th September.