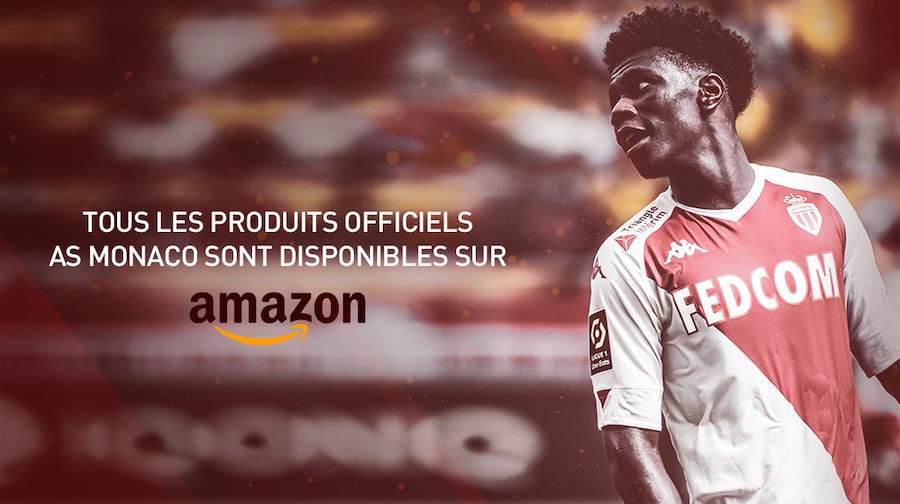 AS Monaco has announced the launch of its new store on Amazon, with a dedicated page available in France, the United Kingdom, Italy, Spain and Germany.
Getting AS Monaco kit has never been easier with the launch of its new Amazon store. The site will offer a large selection of official club products, including the Kappa line, accessible with Amazon Prime for those eligible.
“Our collaboration with Amazon is an important step in the development of the AS Monaco brand,” says Oleg Petrov, Vice-President and CEO of AS Monaco. “The launch of this official page, a first for a Ligue 1 club, will increase visibility of our brand, but also to facilitate access to our official products for fans across Europe.”
Some of the products available include team hats, gloves, scarves, bags and balls, as well home and away jerseys, training kit, t-shirts for fans and jackets, track suit pants, shorts, and polos featuring the AS Monaco crest.