ASM gears up for first Ligue 1 match of season

ASM gears up for first Ligue 1 match of season 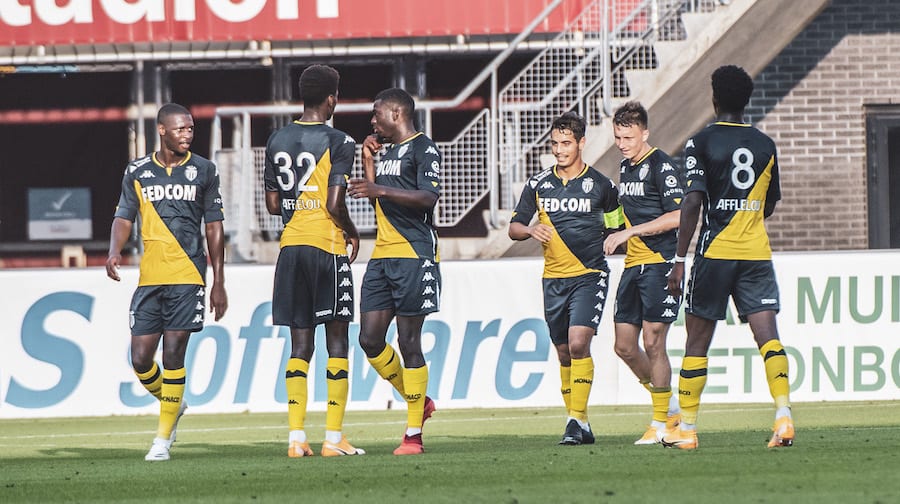 After a 2-0 pre-season win against AZ Alkmaar on Saturday, AS Monaco are getting ready for their first official Ligue 1 match of the season against Reims this coming weekend.

AS Monaco are going head to head against Reims this Sunday at home at Louis II Stadium for the much-anticipated return to regular season football action after the abrupt end to last year’s games due to the coronavirus epidemic.

The team, under new head coach Niko Kovak, has been playing a 4-3-3 line up that they are finding more and more success with, giving hope that this will be an amazing year for the Red and Whites.

Their recent success in their last pre-season game against AZ Alkmaar has given the team a shot of confidence both in their abilities as a team and for their new coach. Aleksandr Golovin and Wissam Ben Yedder scored in the 20th minute and 74th respectively and the team were effective in defending, keeping their opponents at bay.

Reims was in 6th place when last season came to a halt, and Monaco was in 9th, giving the Red and Whites reason to keep focused and show them what they are made of after this long pause.

The match kicks off on 23nd August at 1pm.  For tickets and more info, visit the team’s official website at www.asmonaco.com