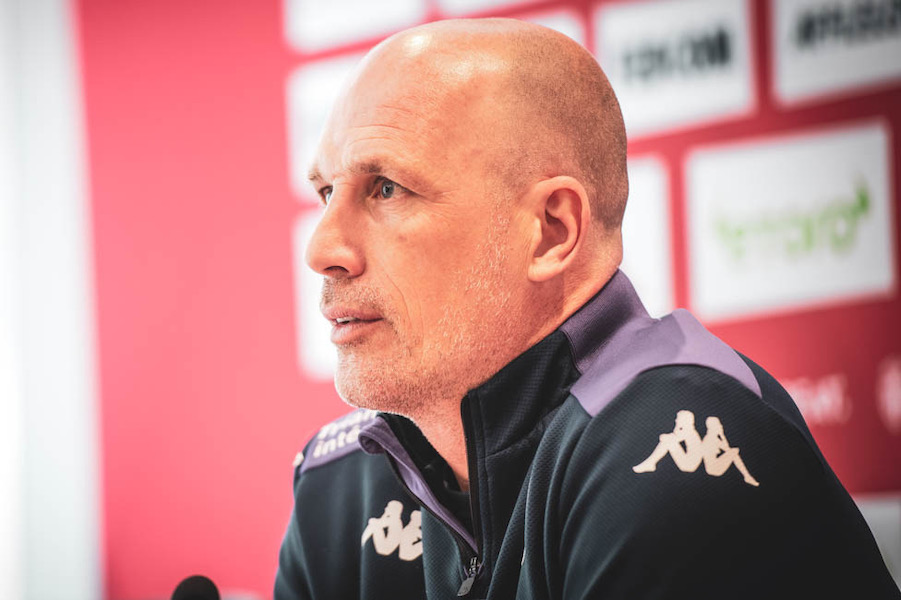 “Everything is still possible.” Philippe Clement’s defiant statement in Wednesday’s press conference ahead of AS Monaco’s clash against Rennes left no room for misinterpretation: Champions League is the objective.

Clement did caveat that statement, by stating the obvious – they aren’t in the running for the title. PSG have that well wrapped up. The declaration would have raised eyebrows had it been made just a couple of weeks earlier. But three consecutive victories, only their second such streak in the French Championship this season, has allowed Clement and the rest of the club to re-evaluate what is possible, and set those sights higher once more.

Champions League has always been the stated objective since the beginning of the season. However, following defeat against Strasbourg in mid-March even the Europa Conference looked out of reach. That six point gap has been reduced to just one, whilst even the Champions League is now a mere five points away, the custodian of that much-coveted third position? Friday’s opponent Rennes.

In the wake of Monaco’s aggregate defeat against Braga in the Europa League, Clement told Monaco Life that there remained “10 finals” between then and the end of the season. It is impossible to understate the importance of their victories in the first three of those, but as Monaco look to win four on the bounce in Ligue 1 for the first time this season, the Principality side’s position in the chase remains precarious, with a handful of rivals ready to pounce should they slip-up.

As Clement reminded us, “there are lots of possible scenarios for lots of teams.” If they are to reach their objectives, they will have to do so the hard way, by beating direct competitors. “We need to be focused and carry out a big match over there.”

According to Clement, the “good dynamic” within the group preceded Monaco’s victory against PSG in late March, but it is true that that positive mood has intensified within the camp, as Clement continues to create a “family” atmosphere, an objective that he has prioritised since his arrival on Le Rocher.

Recently, that has manifested in a variety of team-building activities such as a team barbecue and paintball. “The more you do things together off the pitch, the more you do together on it,” said Clement. The Belgian continued, “I want to create a family, so that we can experience something special together.”

An important member of that family, who could be pivotal in the run-in, is Kevin Volland, who is feeling back to his best after being dogged by injury since the start of the season. Clement told Monaco Life on Sunday that, “He (Volland) is as lively as I’ve seen him since our time together. He has had issues with his ankle, but that is better now.”

On Wednesday, Clement added that Volland had received an injection over the international break, which has “liberated him.” Clement doesn’t underestimate the value of a fit and firing Volland. “If he’s fit, that can change a lot of things for the team, because he can still be very dangerous.”

There can be no allusions about the difficulty of the task facing Clement’s side on Friday night, but an increasingly fit, close-knit and confident squad can only be a positive as Monaco head into this critical period of games.