ASM match preview: “I’m not someone who has spies”

ASM match preview: “I’m not someone who has spies” 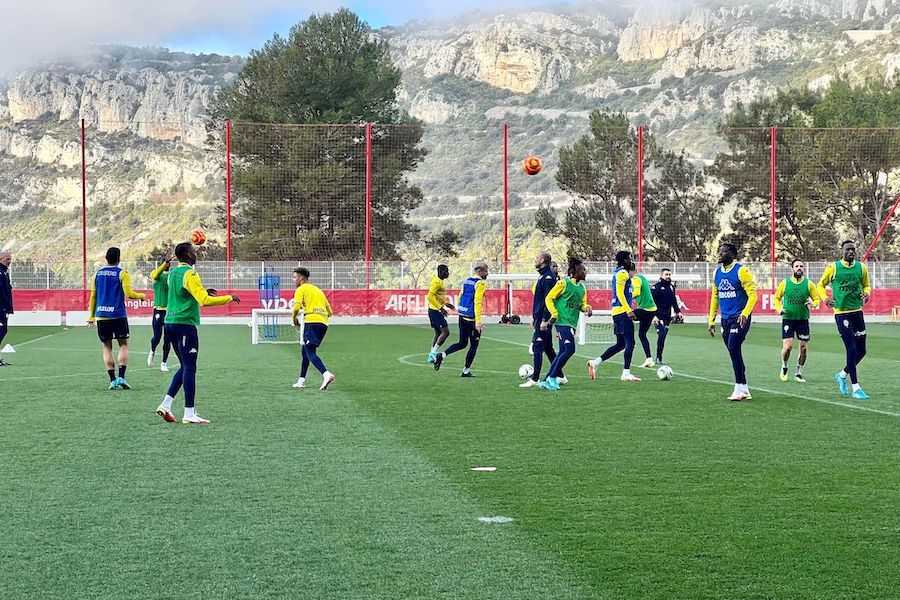 Before Saturday’s crunch clash against Lyon, Philippe Clement addressed the media, seeking to allay the portrayal of the match as a do-or-die moment in AS Monaco’s season.

Fans hoping to attend the clash received a boost pre-match, as the club announced that up to 8,000 spectators will be allowed into the Stade Louis II on Saturday night. The match is therefore set to be the most attended since Clement’s arrival at the club in early January.

From the outset, Clement looked to downplay the importance of the match. “Naturally it’s an important match against a great team. It isn’t the decisive match, there are still 15 matches after that, and when we win it isn’t decisive, nor is that the case when we lose,” he said.

The Belgian manager is focusing on his own side’s capabilities, rather than those of their talented opponents. “I am not someone who follows the other team’s training, who has spies in order to have knowledge in advance of the match. I always want my team to be ready.”

For this crunch match against a rival for the Ligue 1 podium, Monaco will have to do without some important first-teamers. Monaco Life observed training at the club’s centre in La Turbie on Thursday, and amongst the most notable absences were Aleksandr Golovin (illness), Myron Boadu (muscle injury), and Guillermo Maripan, the latter, however, Clement confirmed would be rejoining the squad before Saturday and is in contention for the match.

Monaco will also be without key defender Benoit Badiashile who, despite engaging in some light, personal training, has not yet rejoined the group. Monaco Life can, however, report that Djibril Sidibe, Alexander Nubel and Radoslaw Majecki have returned to group training after missing out on the Coupe de France victory against Lens.

Clement will be hoping that the absentees are soon back in contention for first-team football, the manager telling Monaco Life, “The group isn’t incredibly large. With all the games now, we need players.”

Lyon come into the game with an almost complete squad to pick from and on a rich run of form, which sees them unbeaten in their last nine fixtures. The side also recently strengthened their squad with the addition of Tanguy N’dombele from Tottenham, and the purchase of former Monaco midfielder Romain Faivre. Monaco have also failed to beat Lyon since 2019, but if they are to keep pace with their rivals, then that will have to change.

Although, as Clement says, none of the 16 remaining matches are “decisive”, the fixture against Lyon is, however, more important than most. A loss against a rival for the Ligue 1 podium could provide a killer blow to their chances of Champions League football next season. The stakes are high and the atmosphere will be electric inside the Stade Louis II when the game kicks-off on Saturday night.