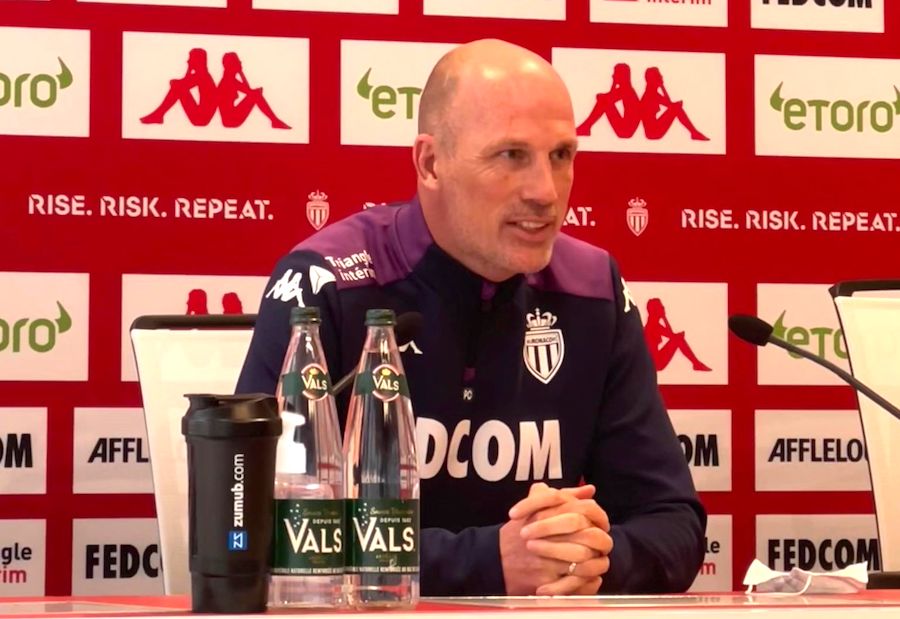 In between the reveal of AS Monaco’s Europa League opponent, and Sunday’s fixture against Reims, Gelson Martins and Philippe Clement addressed the media on Friday speaking about the challenge ahead.

At midday on Friday, the Europa League round of 16 draw took place, the Principality side drawing Portugese side Braga, with the fixtures to be played on 10th and 17th March. Portuguese midfielder Martins has high expectations for the clash. “It’s a team I know very well, that I’ve played against many times in Portugal.”

Martins continued, “They are a good team that has a lot of experience in the Europa League, and I think it’ll be a great match.” Clement admitted he isn’t as familiar with the side. “I watch lots of European matches, so I know lots of teams in the draw really well, but less so this Braga team. They are defensively strong and quick in attack. I know their results, but that doesn’t tell you much.”

Before that however, the side’s focus is firmly on Sunday’s match at the Stade Louis II against Stade de Reims where, according to Martins, a win is essential. “We have to chase after the points we have lost. It’s a difficult period of games, but we have shown that we can beat these teams. Clearly, there’s no more room for failure.”

Indeed, every match is vital, and the difficult matches are coming thick and fast, the Principality side set for mid-week matches every week until mid-March. Squad rotation will therefore be key in the coming weeks, and Clement told Monaco Life that there could be changes on Sunday. “On top of (Aurelien) Tchouameni and (Caio) Henrique, who are suspended, there could be other changes.” The Belgian coach added that it would be either Youssouf Fofana or Eliot Matazo who would replace Tchouameni.

Monaco Life attended Friday training at the La Turbie training centre and can confirm that, bar long-term absentee Krepin Diatta, all players were involved in group training. However, Clement revealed that many are still short on match fitness.

Despite a friendly against Brentford B on Wednesday, in which AS Monaco ran out 2-1 winners, Cesc Fabregas still hasn’t quite reached match fitness. Benoit Badiashile will also likely be absent, but Myron Boadu has the potential to perhaps play “10-15 minutes”. Russian midfielder Aleksandr Golovin is doubtful having felt some discomfort during training.

Following consecutive draws in Ligue 1, against two low-blocks, Clement is hoping that this match won’t follow the same pattern. “It’s always difficult against low-blocks. We have had great difficulty against these teams. I think that this time it will be different.”

For the sake of Monaco’s chances of European qualification, fans will hope that this is the case, whilst a victory would allow the side to build some much needed momentum ahead of a crucial month of football.