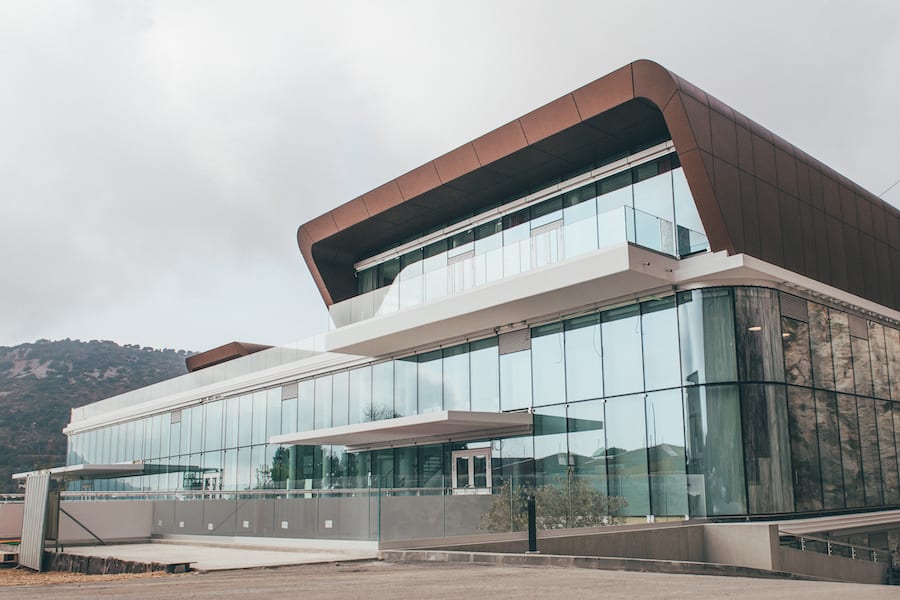 AS Monaco is now “at home” in its new Performance Centre in La Turbie after officially receiving the keys following close to three years of work.
The Monegasque club was handed the keys on Friday, however the new headquarters for the Red and Blacks will not be fully completed until the summer of 2022.
The site is an expansion of the previous training facility, one used by the team for the past four decades. The main building is the last thing to be completed, and this is scheduled to be done by next summer. For now, AS Monaco can begin to enjoy several elements of the magnificent new complex.
The benefits of the new UEFA and FFF standard facility are that it has all the services required by the team in one location. Not only is it a training centre, but it will house the medical staff, recruiters, technical teams and those in charge of performance. There will also eventually be three UEFA/FFF pitches.
“It’s a long-term job since the idea of ​​building this new centre emerged after returning to Ligue 1 in 2013, with President Dmitry Rybolovlev’s desire to build solid foundations for the club,” Oleg Petrov, Vice-Chairman and CEO of AS Monaco, told Monaco Matin after receiving the keys to the Performance Center. “This will allow us to evolve in an environment designed for the very high level. Football is constantly progressing, regulations are evolving, competitiveness is increasingly strong. It is therefore necessary to develop our infrastructure to support the development of the club and allow it to nurture ambitions. This is the meaning of the significant investment made by the president for the construction of the Performance Centre.”
The centre is set in an exceptional natural setting with a breathtaking view of the Mediterranean and the stone quarries that have helped to build the Fontvieille district. In addition to meeting all of its sporting expectations, the structure was designed to be completely integrated into its environment in an eco-responsible approach.