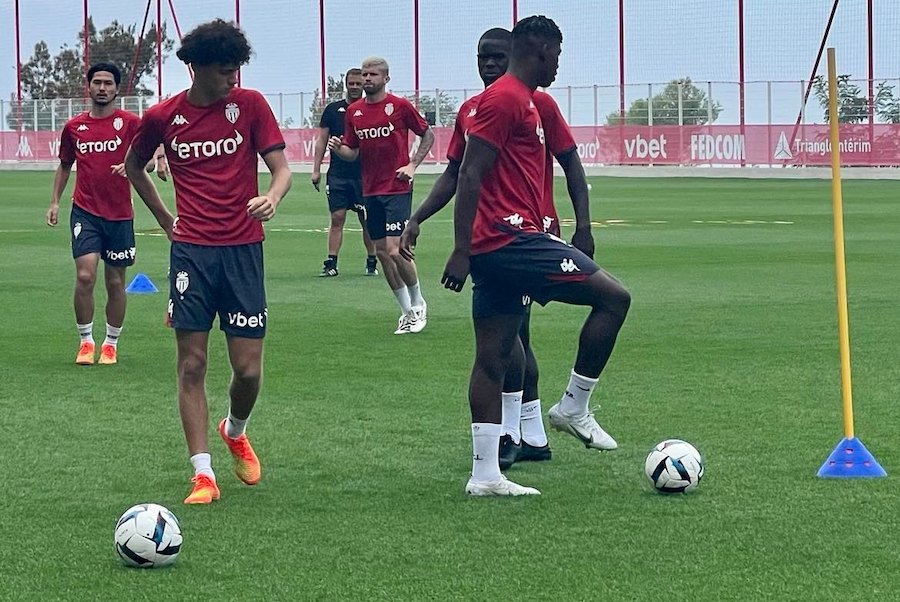 Speaking ahead of Wednesday’s match ESTAC Troyes, AS Monaco manager Philippe Clement told the media during a press conference on Tuesday that he was expecting a tough match.

Monaco bounced back from their heavy defeat to Lens with a draw at the Parc des Princes on Sunday, and Clement told reporters that he was happy with the character shown by his players. “I noted two things in particular from the last match: the team’s reaction after the last match and the system put in place. But the most important thing that I asked from my players was that they showed personality, and they did that so I’m very happy. They weren’t scared to reproduce in the match what we worked on in training, and that’s encouraging.”

Particularly effective in that match was Monaco’s back three, which as well as providing a solid base, also allowed them to be more aggressive in the press, which was a key facet of the side’s success in Paris.

However, despite defender Benoît Badiashile revealing to Monaco Life that he personally felt more “at ease” in a three-man defence, Clement didn’t commit to once again deploying the system against Troyes on Wednesday.

Clement did, however, reveal that having the flexibility to switch between systems will be an important asset to Monaco going forward. “We can play in the two systems. We played both during the pre-season. I am very happy with the player’s adaptation. We need the two systems to be competitive in all competitions, and we have players, who can play both,” said the Belgian.

Regardless of the system that Clement decides to deploy, the club’s aim is simple: to back up their draw against PSG. No other French team has a better record against the reigning French champions, but in order to mount a credible title challenge, they will have to produce the same level that they showed against PSG, on a more regular basis.

“When you are coming off the back of a performance like the one we put in against PSG, you need to back it up in a game against a team, who on paper, are inferior,” said Badiashile.

Despite Troyes struggling at the beginning of the season, Bruno Irles side picked up their first points of the season last weekend with a win over 10-man Angers. Last season, Monaco had to work hard for their narrow 2-1 victory over Wednesday’s opponents.

“It’s a team that frustrated us for long periods in the return match last season. They are well organised and strong in the transitions. In addition, Irles is a coach who knows Monaco well having spent numerous years here. It is always a difficult match against Troyes, and we’ll have to be on top of our game to win,” said Clement.

Monaco will be without Kevin Volland for the tie, who picked up an ankle injury whilst scoring against PSG. His prognosis isn’t as bad as first feared and the club hope to see him back in four weeks. Myron Boadu is also still absent with a foot injury, although Monaco Life attended Tuesday morning’s training session in La Turbie and can confirm that the Dutch striker was present and taking part in an individualised training session.

Monaco currently languish in 12th, although at this point of the season, it is merely about getting points on the board. Having already played Lens, Rennes, PSG and Strasbourg in the league, all of whom had impressive campaigns last time out, Monaco will be hoping to secure the three points against a so-called “inferior side” at the Stade Louis II on Wednesday. Confidence, a by-product of wins, will also be needed heading into a tough week of football, which will see them begin their Europa League campaign against Red Star Belgrade in Serbia, as well as face high-fliers Lyon and local rivals Nice.