ASM Preview | Clement: “It’s important for us to not be mathematicians”

ASM Preview | Clement: “It’s important for us to not be mathematicians” 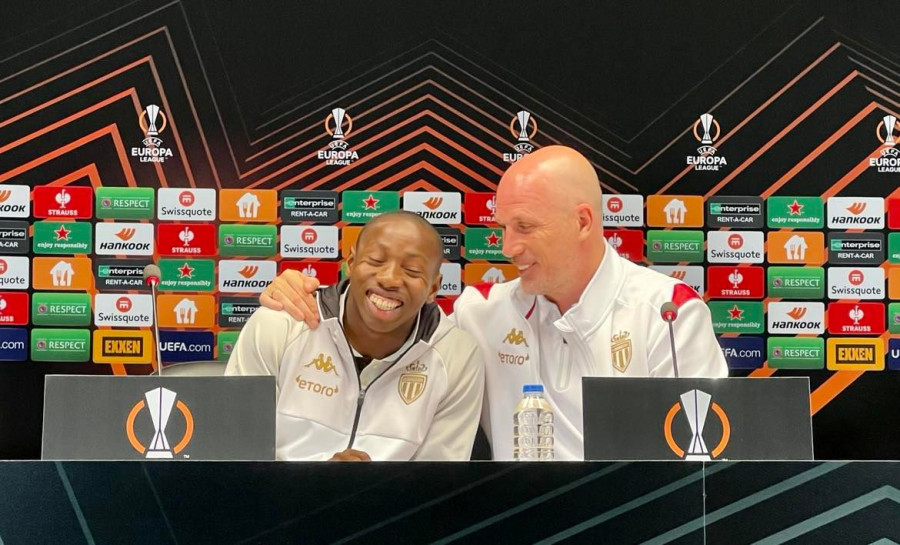 Speaking ahead of Thursday night’s clash against Trabzonspor, Philippe Clement said that his side mustn’t overly focus on the different scenarios, with their Europa League group finely poised.

Monaco Life has made the trip to eastern Turkey for Thursday night’s match in the Medical Park Stadyumu, where an intense, fiery atmosphere awaits Clement’s young side.

“My players proved in Belgrade that they are prepared [for intense atmospheres]. They are focused on their job and what they need to do. It’s a good thing that the fans can’t get onto the pitch [laughs]! On the pitch, it’s 11v11. We like playing in full stadiums; when the players were little, they dreamed of that. We want to play a good match here, but we know that the atmosphere is intense, the fans have a lot of passion for their team,” said Clement.

Not only are they heading into an intense atmosphere but they are also, to a certain degree, heading into the unknown. Despite facing Trabzonspor at the Stade Louis II just a week ago, the match was heavily impacted by an early red card for Trabzonspor’s Maxi Gomez. That altered the game state to such an extent that it was difficult for Monaco to truly get to know their opponent.

“We have only played 10 minutes against this team with 11v11. Now it’s different. They are a team with a lot of quality. They proved last year by winning the Turkish championship. That’s a big thing. We know that it’s very important to perform well tomorrow (Thursday) and we are very motivated to do that. It’s necessary to take points here,” Clement told Monaco Life.

However, whilst Clement is focused on taking away the three points from Thursday night’s match (which would almost certainly seal qualification), he doesn’t want his side to spend energy on calculating the multiple scenarios that could guarantee progression to the knockout phases of the competition.

“I have been in European competitions for over 20 years at this point, and I know there can be many scenarios,” began Clement. “There are always many scenarios. It’s important for us not to be mathematicians, but to be players and coaches that do everything to win. There are still three matches in this group. We mustn’t calculate and think about all of the possible scenarios. We need to look at our level, what we can do with and without the ball, and confirm the good things have shown in the past weeks.”

Monaco are on a great run. In all competitions, they have won four on the bounce, and seven of the last eight. Should Clement’s side continue that run in Turkey, they will massively boost their chances of progression to the group stages. The Principality side are currently second in the group, level on points with Ferencváros, but only three points ahead of Thursday’s opponents.

For the fixture, Clement has a wealth of options to choose from. As Clement told Monaco Life, “In training and in the matches, I see more and more starters. I am seeing the players progress week-on-week because they’re pushing each other in training.”

Only Ruben Aguilar remains absent from Clement’s squad, although the Belgian coach could decide to rotate his team given the packed run of fixtures. Whoever he picks, the task is simple: win in Turkey to all-but seal progression in the Europa League.