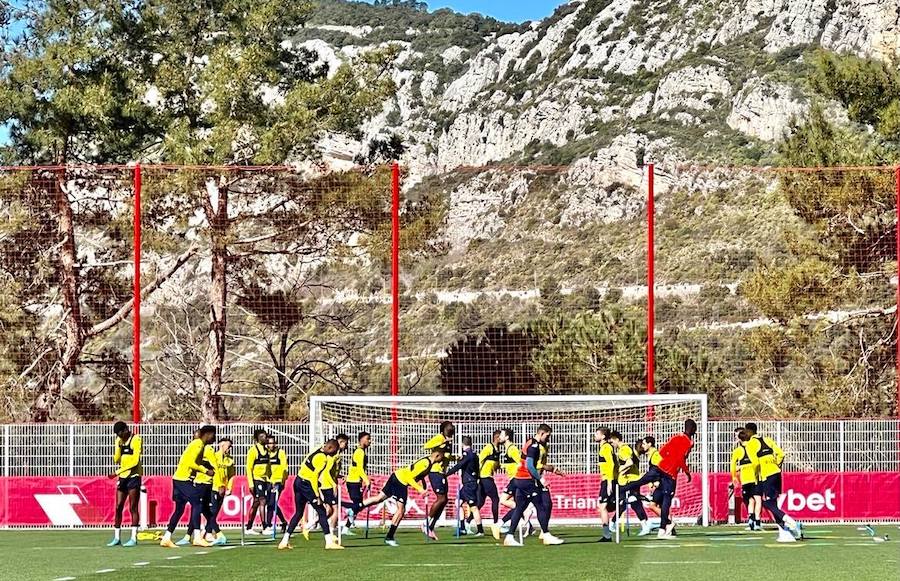 AS Monaco manager Philippe Clement has previously described every match of the run-in as a final. The Belgian spoke to the press on Friday, before the latest one against an in-form Troyes side.

Unbeaten in their last five matches, Troyes will arrive at the Stade Louis II high on confidence, and Clement isn’t underestimating the threat that they pose. “I don’t want my players to underestimate the opponent. Troyes are currently in their best period of the season, and I’m surprised they aren’t higher in the table because they have technical qualities.”

Monaco are enjoying a purple patch themselves, and it will be important to carry that through into this match in order to catch up with European rivals Rennes and Nice, both of whom they will face in the coming weeks.

“I want my players to be 200% motivated,” said Clement. “It is a message I have passed on since I arrived here. I saw that mentality against Metz and I want to see it again on Sunday.”

One player who has been sidelined for the last couple of matches, but has shown positive signs in training this week is Sofiane Diop. A mainstay of the side until the match against PSG, he has not featured in back-to-back fixtures for the first time all season.

“I have seen him frustrated from time to time, but not the last couple of days. The last two training sessions I saw once again the Sofiane from January and February. We need that.” He then told Monaco Life, “I have seen a good reaction from him.”

Should Diop be back to his scintillating best, it would provide an extra impetus for an improving Monaco side. The news isn’t all positive however. Monaco Life attended training in La Turbie on Friday and can report that Guillermo Maripan and Radoslaw Majecki were absent.

Meanwhile, Cesc Fabregas remains on his journey back to full fitness, and the possibility of some game time for the National 2 (N2) side hasn’t been ruled out. Clement also confirmed that Maghnes Akliouche, Jean Marcelin and Yllan Okou would feature for the N2 side on Saturday.

Although Kevin Volland will be available for selection (albeit not for the full 90 minutes), Clement revealed the extent of the German’s injury issues. “Volland has had an issue with his ankle since the beginning of the season. He had an injection, and didn’t train the first week of the international break, then he was ill. He feels better now, but he has lost time.”

For now, the returns of Benoit Badiashile, Aleksandr Golovin and Myron Boadu have compensated for the losses of Maripan and Volland, but Clement will undoubtedly want a full squad to choose from as he navigates a tough run-in with a European place to chase.