ASM preview: “My players are ready to bounce back”

ASM preview: “My players are ready to bounce back” 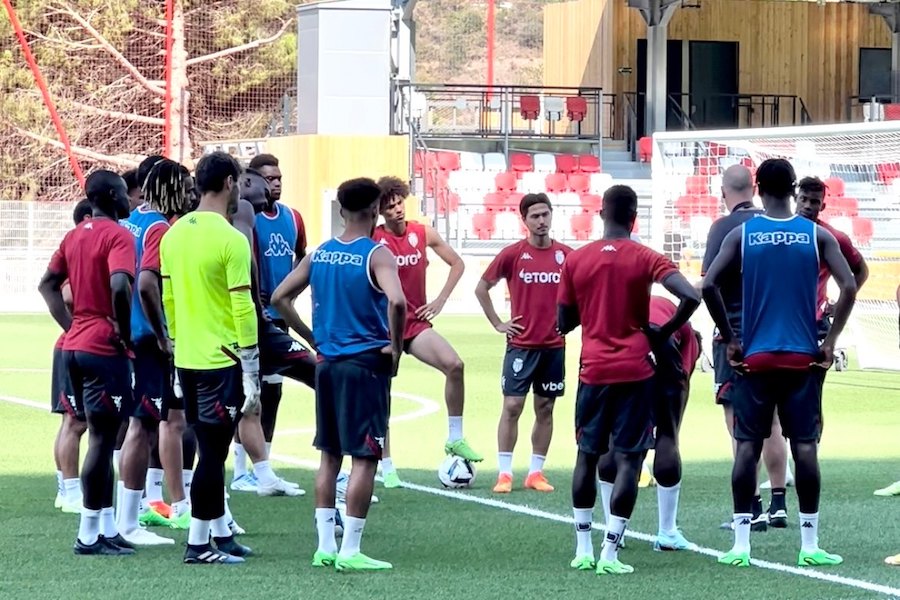 Following AS Monaco’s loss against PSV Eindhoven, which sees the side miss out on Champions League football in consecutive seasons, Philippe Clement backed his side to bounce back against Rennes on Saturday.

Last season, Monaco’s misfortune in the Champions League play-offs seeped into the club’s league form. Clement’s job is to ensure the same doesn’t happen this season, and despite the disheartening result in the Netherlands midweek, the Belgian coach feels a positive atmosphere emanating from the group.

Speaking in Thursday’s press conference, Clement said, “On a mental level, I spoke in the dressing room after the match against PSV and again in the debriefing today as normal. I’ve seen a good reaction in the session. The intensity and the quality was there. The players are ready to bounce back against Rennes. We know it’s a big match against a team with a lot of quality. I am certain that my players are present mentally.”

It is not only the mental repercussions of the match that Clement must deal with. Given that the tie went to extra-time, there is also an element of physical exhaustion to manage, although Clement saw no reason to be concerned. “Physically, it’s clear that it was a big match with extra time at the end. They managed well. The session today wasn’t long, but the intensity was there,” he said.

There are two teams, two narratives in every fixture and heading into only the second fixture of the Ligue 1 season on Saturday Rennes already have a point to prove. Last year the Breton club only narrowly missed out on the Champions League spots, and it was in fact Monaco who dealt an important blow to their European aspirations by beating them 3-2 on their home turf in the closing stages of the campaign. However, their season got off to a bad start, losing 1-0 to Lorient in the Breton derby.

Regardless of that result, Clement is still wary of a side that possesses an impressive attacking arsenal. He told Monaco Life, “I’m expecting an interesting match for everyone and for both sets of fans and also for the neutrals with two teams that play offensively to create opportunities. They have a lot of attacking strength. I don’t know if the signing is completed yet, but there is (Arnaud) Kalimuendo, (Martin) Terrier, (Gaëtan) Laborde, (Benjamin) Bourigeaud, (Serhou) Guirassy, (Kamaldeen) Sulemana, (Jérémy) Doku and then in midfield, there is also (Flavien) Tait. There is a lot of attacking strength.”

Prior to Clement’s conference, Malang Sarr was presented as a new Monaco player, and whilst the game against Rennes may come too early for the Chelsea loanee, Clement said that he believes the player is eligible to play the fixture. “He trained today and his tests were really good, but he must also create automisms with his team-mates. That’s important,” he said.

Monaco may be further reinforced in the defensive area. Clemented revealed that Benoît Badiashile completed the entire training session on Thursday and therefore could be part of the group. However, Monaco will likely be without Jean Lucas (illness) and Myron Boadu (foot). The latter completed an individual training session on Thursday. Ruben Aguilar is also potentially a doubt having “felt something” towards the end of the session.

A win against a potential rival for Champions League qualification next season will do wonders in dispelling some of the disappointment surrounding Tuesday’s result, whilst also confirming their good start to the league after last weekend’s victory against Strasbourg. Although this new season is only in its infancy, such a match could be significant in deciding whether or not Monaco can better their third-place finish last season and avoid those dreaded Champions League play-offs next season.