ASM season preview: Are Clement’s men in the title fight?

ASM season preview: Are Clement’s men in the title fight? 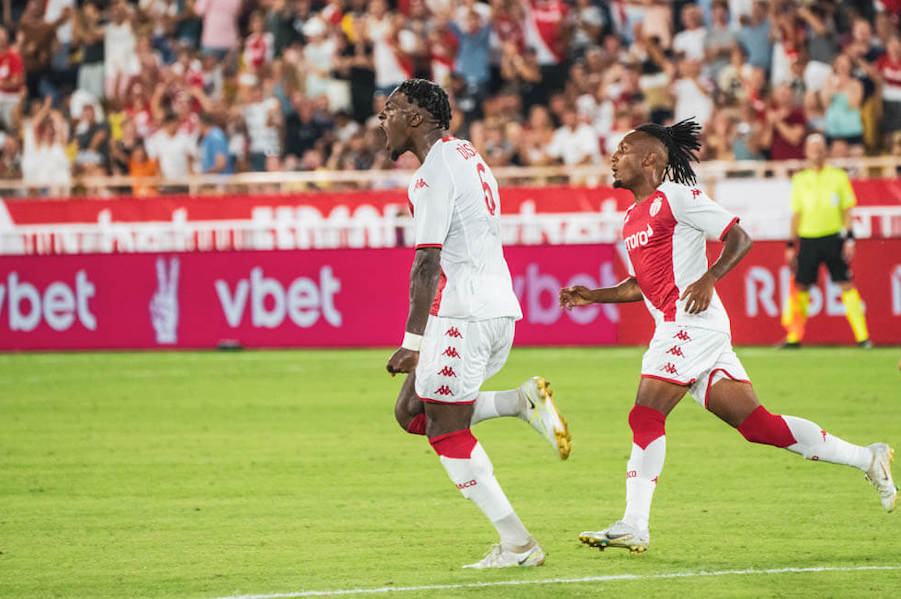 The curtain will rise on AS Monaco’s Ligue 1 season with a trip to Strasbourg on Saturday. Can Philippe Clement’s men challenge PSG, who reigned supreme last year?

Speaking at a press conference, which inaugurated the beginning of pre-season back in June, sporting director Paul Mitchell said that the objective was to “improve” on last season. Given that Monaco finished on the Ligue 1 podium last season, “improvement”, at least on a domestic level, can reasonably be interpreted as mounting a title push.

PSG will once again begin the season as hot favourites, and few would bet against them winning consecutive Ligue 1 titles, and their eighth in the last 10 seasons. The club have invested smartly during the transfer window. Vitinha, Hugo Ekitike and Nordi Mukiele bolster a team that is already primed to compete for the top honours in European football. Should the arrivals of Milan Skriniar and Renato Sanches also be confirmed, they would represent a truly terrifying outfit.

There are, however, uncertainties going into the upcoming campaign. New manager Christophe Galtier has never handled a team full of international stars. Undoubtedly a shrewd technician, a different kind of challenge awaits the Frenchman at the Parc des Princes. Time will tell how he rises to it.

Should that appointment not work out, it is hard to argue that anyone other than Monaco are best place to profit from any slip-up. Despite losing their talisman in Aurélien Tchouaméni, few, if any of their rivals, have invested as smartly as Monaco, although gaps do admittedly remain.

A forward line consisting of Kylian Mbappé, Neymar and Lionel Messi cannot be rivalled, but on paper, it is hard to see anyone other than the current French champions scoring more than Monaco this season. The fourth highest scorers during last season’s campaign, Monaco have strengthened further in the forward department.

Both Takumi Minamino and Breel Embolo arrive with elite international and European-level experience as well as with a point to prove. They are both arriving in the prime of their career and looking to take on a more prominent role. That applies particularly to Minamino, who after dazzling at Red Bull Salzburg and whilst at Southampton on loan, saw his game time heavily constrained at Liverpool.

Whilst Monaco have a wealth of attacking options, including the returning Krépin Diatta, who Mitchell said would feel like a “new signing,” their midfield, and potentially defensive options still need enhancing.

Tchouaméni has yet to be replaced, although the club are heavily linked with a move for Leicester’s Boubakary Soumaré. Regardless of his arrival, there is an expectation that others will have to step up to bridge that deficit. Chief amongst them is Youssouf Fofana, who will be looking to pick up where he left off after hitting a purple patch at the end of last season. Youngsters Eliot Matazo and Félix Lemarechal can also expect to feature more prominently. Replacing Tchouaméni won’t be the role of an individual, but of the entire team.

Whilst Monaco have great depth in both full-back positions, the same cannot necessarily be said about centre-back. Given that Monaco will compete in some level of European competition next season, the trio of Axel Disasi, Guillermo Maripán and Benoît Badiashile, may not give them the required depth to compete on all fronts. The future of the latter also remains unclear, and given many top club’s need for a quality centre-back, those rumours will likely drag on until the end of the transfer window. Whether he goes or stays, Monaco may still be a player short in that department.

However, overall, Monaco fare better than most. Closest rivals Marseille, Rennes and Nice have not had transfer windows as plentiful as the Monégasques. The latter in particular have struggled to recruit, and given that they will compete in the Europa Conference League next season, they currently don’t have the depth to compete on all fronts.

“Improvement” as Mitchell puts it, is very much within this squad’s capabilities, especially now that Clement has a full pre-season under his belt as Monaco manager. The Belgian technician certainly showed enough promise last season to suggest that Monaco fans should be excited.

That bubble of excitement could, however, be easily burst, with Monaco facing an incredibly tough start to the season. As well as facing six of last season’s top eight in the first seven Ligue 1 fixtures, Monaco must also try and succeed where they failed last campaign, by qualifying for the Champions League. Their route into the group stages will be tough. Having drawn PSV in the third round, they must first beat their Dutch opponents before also advancing in the fourth round, where they will face either Rangers or Union Saint Gilloise.

The club’s relentless start to the campaign does abate after the September international break. The hope will be that Monaco are still alive and kicking on all fronts when that (slight) respite arrives.

The title may be a step too far for Monaco. PSG, on their day, are a tough match for every elite side in Europe. The key for Monaco will be keeping within striking distance so that should they slip-up, should the Galtier appointment prove to be a failed gamble, they will be the ones to profit. As is the case every season, there is a feeling of opportunity and optimism going into the opening weekend, it is now up to Clement’s men to keep that feeling alive as they head into “the sprint within a marathon.”