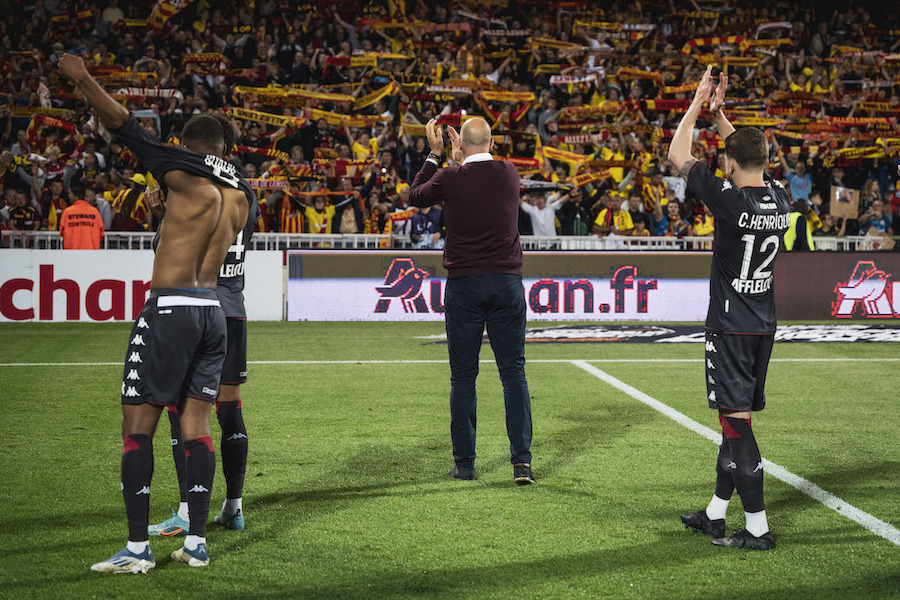 AS Monaco’s topsy-turvy season ultimately saw them reach their most important objective: Champions League qualification. But a fruitful summer is required to consolidate their hard-fought success.

Monaco like doing things the hard way. Just as they did in the 2020/21 Ligue 1 season, their fulfilment of pre-season objectives was dependent on a late, end-of-season dash to the podium places. The remontada-à-la-Monégasque is becoming somewhat of a trademark, and whilst the entertainment value for fans, and especially for neutrals, cannot be understated, the club itself will be doing everything in its power to avoid a similar scenario next season.

Appraising Monaco’s season is no easy task; recency bias would leave one to believe that this has been one of the club’s best in recent years. But once the adrenaline subsides, there is a realisation that this was simply a year in which objectives were met, not surpassed.

Getting off on the wrong foot

Elimination from the Champions League at the play-off stage set the tone for a difficult first half to the season. The mental blow of having scuppered last season’s good work permeated into their league form as they struggled for momentum and consistency.

On a personal level, Ruben Aguilar recently admitted that the defeat to Shakhtar Donetsk in the Champions League, which was sealed by an own-goal by the French right-back, had haunted him throughout the campaign. It certainly looked for large swathes of the season that the rest of the group struggled to overcome that disappointment.

Niko Kovac, meanwhile, was beginning to lose credit. As the size of last year’s achievements dimmed in the rear-view mirror, pressure grew on him to correct a Monegasque ship that had skewed off-course.

A victory against Rennes just before the short Christmas break looked to have bought the Croatian manager time, but Monaco, known to be uncompromising in their pursuit of success decided to pull the plug in a surprising move.

New man in the door

Thereafter, the management at the club would come under increasing scrutiny. Any success or failure would be traced back to that decision taken in late December and judgements made. Philippe Clement was the man who came in. Not experienced in Ligue 1, but boasting an impressive CV thanks to his exploits at Club Brugge, he had the task of turning Monaco’s season around.

The turnaround was not immediate. A difficult start to his reign on Le Rocher received heavy criticism. Whilst Clement wasn’t absolved of blame, most of the anger was directed towards the club management, who for a moment in the season became public enemy number one in the Principality.

At the time, it wasn’t simply the managerial change that incited the anger of the Stade Louis II regulars, but also the summer transfer dealings. Monaco had successfully retained the key architects of that late season surge in 2020/21, but in the eyes of many, failed to add to it. Many of the summer signings underwhelmed – at least initially – and for that Paul Mitchell was in the firing line.

By the end of March, following ejection from the Europa League and the Coupe de France, things had reached boiling point. As well as an explosive article by L’Équipe, which claimed that Oleg Petrov, Mitchell and Clement were all set to depart on the eve of the match against PSG, banners criticising almost every facet of the club were unfurled throughout the fixture as the fans made their voices heard amidst a hostile atmosphere.

But it is under seemingly stifling tension and pressure that Monaco thrive. Just like a spring, the more pressure that is applied to them, the stronger they bounce back. Questioned by Monaco Life about the club’s objectives going into the final games of the season in the wake of the club’s aggregate defeat to Braga, Clement evoked his now famous “10 finals” mindset for the first time.

Monaco wouldn’t lose again for the remainder of the season. A 3-0 victory against Champions-in-waiting PSG was a catalyst for an end of season revival. From a position of mid-table mediocrity, Monaco began their charge up the table as the chances of European football went from remote to almost nailed-on within a matter of weeks.

As Clement liked to regularly point out, the “dynamic” within the group was good before the win against PSG, but for the first time all season, Monaco had the wind under their sails, and that all-elusive winning feeling was back.

It was unimaginable that Monaco could be in a position at the end of the season whereby they would have been disappointed with third position, but it was certainly the case. Going into the final game of the season in second, a Lens equaliser deep into injury-time saw Monaco slip back to third as Marseille took the automatic qualification to the Champions League group stage. It was a bittersweet moment, which only highlighted the enormous progress that the Principality side had made in such a short period of time.

Avoiding a repeat of the errors made last year will be no easy task. This will most likely be a more uncertain and challenging summer than the last. Aurélien Tchouaméni looks certain to leave, likely to Real Madrid, whilst Benoît Badiashile and Wissam Ben Yedder, who together form the backbone of the side, have suitors across the continent. Mitchell will therefore likely be charged with a reconstruction job over the summer.

It is widely accepted that it won’t be possible to replace Tchouaméni with a player of the same calibre, but finding an adequate replacement to plug that gaping hole in the Monégasuqe midfield will be at the top of Mitchell’s to do list. Names such as Yves Bissouma, who have been linked with the club, allude to a high-price, high-profile replacement, which would go some way to alleviating his departure.

But elsewhere, the strategy is unclear. The areas where Monaco wish to recruit have been clearly specified, but the profiles remain unknown, and the names being linked with Monaco give little away.

For captain Ben Yedder, the secret to success will be adding experience to the group this summer. Speaking to L’Équipe, he said, “You can’t say that we’re lacking talent. We lack maybe a bit more experience, and it’s with that that we’ll grow.”

And that will be the key this summer in Monaco: following their model and philosophy of developing young players, whilst ensuring short term success. Whilst the sale of Tchouaméni, potentially for around €100 million, puts into sharp focus the success of this model, the importance of blending that philosophy with a sprinkling of more mature, experienced players will also provide the foundation, which will allow them to continue to attract the best players from around Europe.

This season can be considered mission accomplished for Monaco, but work needs to be done this summer to consolidate that success, both in the short and long-term, as the Principality side look to atone for last year’s errors and treat their fans to a European adventure next season.