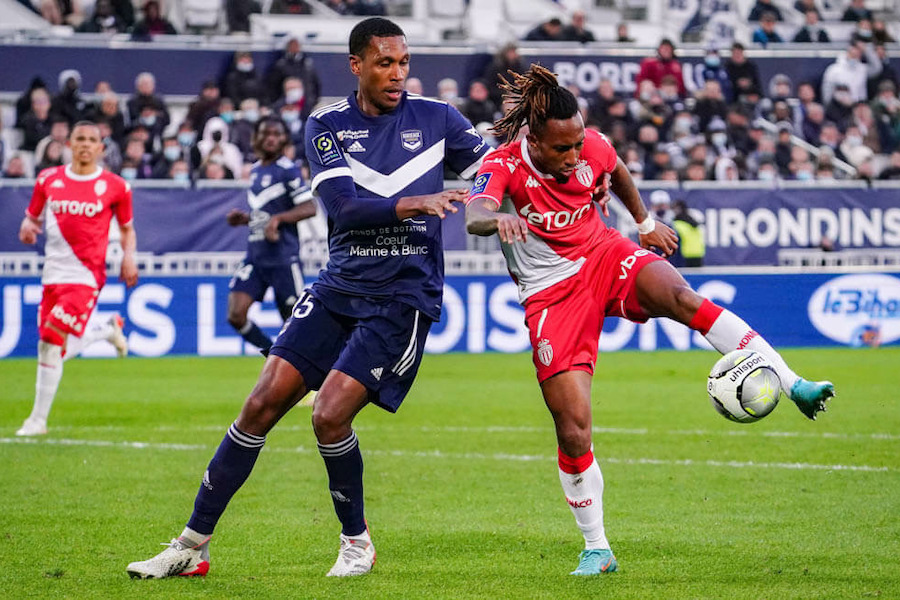 Monaco’s chances of Champions League football next season are becoming increasingly remote, with Bordeaux inflicting the latest blow on Sunday. The Principality side have now registered back-to-back draws, despite a battling performance.

When Clement arrived at the start of the calendar year, he assumed the mantle of ensuring European football for the Principality side next season. He inherited a squad that lay sixth in the table, just four points off local rivals Nice, who were in second.

With so many teams in contention for just four places, any slip-ups were always likely to be punished. Last week’s draw to Lorient felt more like a missed opportunity than a fatal blow to their chances, with most of Monaco’s rivals also dropping points.

The same couldn’t be said at the end of a disastrous 15 minutes at the Matmut Atlantique on Sunday though, the overwhelming sense of doom-and-gloom giving way to frustration and indignation.

Finding himself in unfamiliar surroundings through the middle, a poorly coordinated and poorly oriented Caio Henrique attempted to clear what seemed an unthreatening ball into the box, but instead diverted it into the path of Remi Oudin, who smartly volleyed-home on the swivel.

A goal down, the away side would soon find themselves a man down as well. Already on a yellow, Aurelien Tchouameni, on his return to his formatory club, received a second for a relatively innocuous challenge.

The aftermath yielded more cards. Djibril Sidibe and then coach Clement went into the book for their protests at the controversial red card decision, the latter cutting a particularly frustrated figure on the sidelines.

The odds were stacked against Monaco, but their efforts would yet earn them a point. Despite their numerical disadvantage, the Principality side dug-in, and still managed to control possession. Despite a general lack of incision in the final-third, the pressure finally told.

The equaliser would come in fortuitous circumstances. Anel Ahmedhodzic’s clearance from Gelson Martin cross ricocheted off his defensive partner Marcelo, ultimately dribbling just over the line.

Both sides would have half-chances to take all three points, the best falling to Bordeaux in injury time, Henrique coming to the rescue as the Brazilian cleared off the line. In the end, both sides had to settle for a draw (1-1), which satisfies neither side, as they both hunt after their respective, greatly-differing objectives.

Monaco’s poor form on the road continues (no wins in four), and the consecutive draws against relegation-struggling sides deals both a psychological and tangible blow in their quest for European football. Just as when Clement arrived, Monaco currently find themselves in sixth, but now seven points behind Nice in third. Those dreams of Champions League football now seem exactly that – a dream. Their fate is out of their hands, and in failing to beat Bordeaux, they are failing to control the controllables.

Salvaging a draw from a difficult situation, Clement was nonetheless disappointed post-match. “We played with 10, but we dominated the match, we created more opportunities than the opposition, which isn’t easy,” the Belgian began. “I am very disappointed to lose two points that we would have deserved in normal circumstances. I was angry because the red card changed the game, playing an hour with just 10.”

Monaco next host Reims at the Stade Louis II on Sunday, aware that there is little room for any more slip-ups on the run-in. 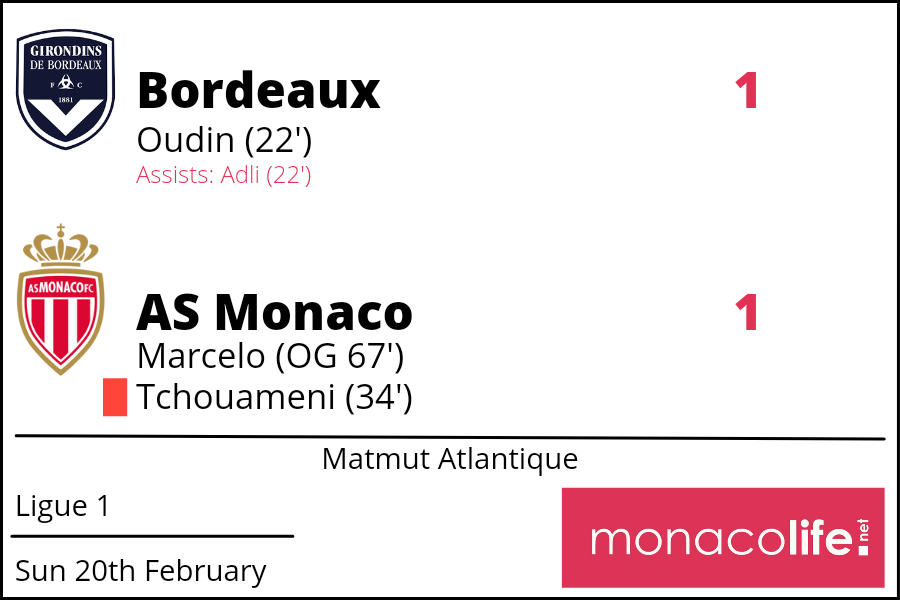