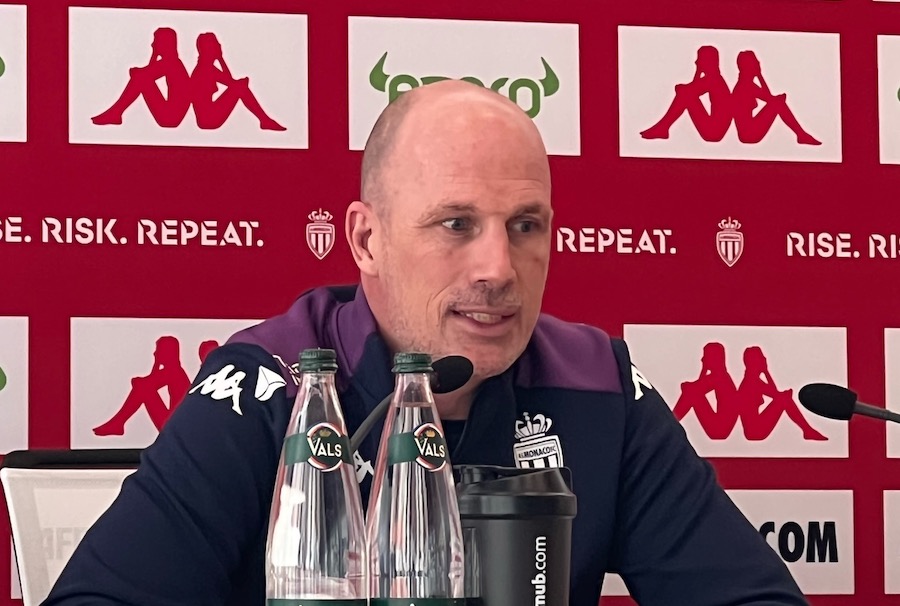 AS Monaco’s emphatic 4-0 victory put paid to any notion that Clement wouldn’t be able to produce the same kind of attacking football that won him three consecutive league titles in his home country.

In the post-match press conference on Sunday, Clement once again set out the style in which he wants his team to perform. “We want to play a type of football that is very offensive, with a lot of plays within the opposition half, with a lot of players making forward runs.”

Despite a positive showing, it is clear that Clement is – understandably – still experimenting in order to find his best system.

The interchangeability, especially in the forward positions, made it difficult to discern Monaco’s formation for large periods, especially during the first-half. In the opening stages, Monaco were seemingly deploying a 3-1-4-2, but the emphasis under Clement has been more defined by player roles rather than positions, and the team’s set-up is more easily understood through this lens.

Aurelien Tchouameni played throughout as the deepest lying no.6 midfielder, Ismail Jakobs and Gelson Martins provided the width on the flanks, with the former slotting into a more conventional back four out of possession. Jean Lucas had the most fluid role, sometimes dropping deep to form a pivot with Tchouameni, filling in for Martins on the right flank and forming a dual no.10 role with Caio Henrique, who was once again deployed further up the pitch, at least in the first-half.

Within this there was a lot of interchangeability with Jakobs often switching with Henrique on the left, Jean Lucas switching with Martins on the right and Sofiane Diop often dropping deeper into the half-spaces between the two wide players.

On numerous occasions, this created scenarios where six Monaco players were playing on the Clermont back-line providing plenty of opportunities for overloads, especially on the flanks.

Jakobs departure for Wissam Ben Yedder at half-time triggered a change in shape, with Henrique retreating to his more familiar left-back berth and the team setting up in a more conventional 4-2-3-1. Kevin Volland dropped back into a no.10 role, Diop reverted back to his wide-left position, Martins played more as a conventional winger and Jean Lucas joined Tchouameni in defensive midfield.

By the end of the match, Monaco’s set-up had changed once again into a 4-4-2, or a 4-2-2-2, with Henrique and Ruben Aguilar providing the majority of the width, which was duly exploited by the former who netted his first goal for the club.

The reason for this is two-fold, as Clement explained to Monaco Life, “For the moment we are missing quite a few important players, so it’s getting to know the players and experimenting and reacting to situations.” The former Club Brugge manager added, “I always want to create wherever I am, not a team that can play one system because that’s too easy for the opponent to stop, but a versatile group of players that can play in different systems, in different ways.”

The formational tinkering for Clement therefore serves a purpose both in the short-term and in the long-term as he seeks to mould a team in his image.

The search for a No.10 continues

Volland, Diop, Henrique and Jean Lucas have all undertaken the task of being Monaco’s no.10 under Clement. However, none have yet fulfilled the manager’s criteria for the playmaker role. Following the victory against Clermont, he told Monaco Life, “You have Caio, Kevin, Sofiane and Jean Lucas who can play there in different ways. Maybe there will be other players who also show themselves because it’s a nice role to play.”

All of the aforementioned players had the opportunity to play in the role on Sunday, either on their own or in a dual 10 partnership. Questioned by Monaco Life on Diop’s suitability to the role in particular, Clement said, “Sofiane has qualities to play in this position, but he’s not a typical playmaker… he’s not someone who distributes a lot of balls.”

The new manager therefore demands a lot from his playmaker, and he outlined the three specific characteristics that he is looking for in his ideal conceptualisation of the role. “You can be decisive with a pass, a run or a finish. I hope to find someone who can do all of these. That would be very nice”

Aleksandr Golovin, a more conventional no.10 has yet to play since Clement’s arrival due to injury, and could well be the solution to the issue. “We’ll see over the next couple of weeks and months.” In that time, Clement is hoping that someone internally can posit themselves as a genuine candidate for the role. However, Clement’s citation of a two-week time frame, coincidentally the amount of time remaining in the transfer window, at least hints at the possibility that an external candidate could be on the cards.

The large flock of pigeons that guarded the space behind the Monaco defence in sweeper like fashion for large parts of the match caught the attention of many in attendance, including the cameraman. Their presence and ignorance to the ongoing match was a reflection of how dominant Monaco were, how little of the game was played in their own third.

The pigeons’ presence was merely a visual representation of this dominance, illustrating almost comically how little threat was posed by the away side. Key to Monaco’s success at repelling Clermont’s threat was Clement’s insistence on occupying en-masse the opposition half. This condensed the space and subsequently blocked passing lanes that were essential to Clermont’s ball progression.

Tchouameni was also integral to Monaco’s success. The Frenchman, far from having plateaued under Niko Kovac’s stewardship, has kicked on even further since Clement’s arrival. Having provided an exhibition in intercepting and progressing the ball against Nantes the week before, his tackling came to the fore on Sunday. His eight tackles in the match are more than he has registered in any other game in the 2021-2022 season.

Clement is clearly still trying to get all the pieces of the puzzle to fit, but it’s always a good sign if the team can collect some confidence-boosting, emphatic victories in the process.

Local News Stephanie Horsman - January 8, 2022
Monaco has just installed a new macro and micro waste retention net in a storm runoff spillway in the Port of Fontvieille in an effort to prevent solid pollutants from making their way into the sea.