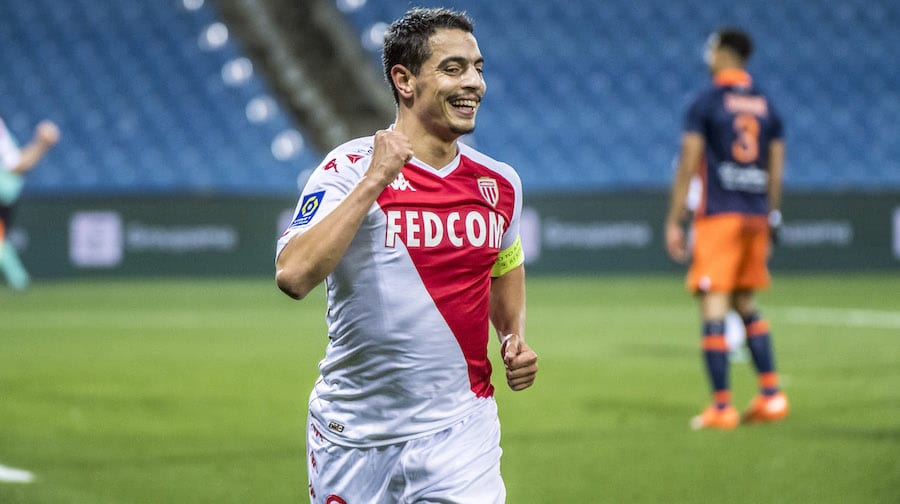 The Red and Whites have gone three for three, starting the second half of the Ligue 1 season with a three-two win against Montpellier on the opponent’s home turf.
AS Monaco went toe to toe with Montpellier Herault Sport Club on Friday night and they did not disappoint.
Coach Niko Kovac shook up the starting line up with Ruben Aguilar at right wing and Djibril Sidibé at right back, but the changes certainly didn’t upset the apple cart and the team were playing well.
No attempts on goal were made for nearly a quarter of an hour, and it was Montpellier’s Andy Delort who made the try. He was unsuccessful, but this lit a fire under Monaco. It was Kevin Volland who scored the opening goal at 24 minutes into play with a beautiful low shot that snuck past goalkeeper Jonas Omlin, giving the German his 10th goal of the season.
Not to be outdone, Wissam Ben Yedder took up the gauntlet and at 35 minutes he doubled the score for the Red and Whites. Monaco headed into halftime with a comfortable lead.
After the break, the pressure was on and Montpellier made an error that cost them another point. A penalty made by Daniel Congré on Volland turned into another Ben Yedder goal, his ninth this season and 90th in the French top flight league.
This is when things got interesting. Montpellier seemed to wake up and in a matter of a few minutes had come within one point of the Red and Whites. Elye Wahi scored in the 64th minute followed five minutes later by Andy Delort. Despite these efforts, Monaco held the opponents off and finished with a three to two win, putting them firmly in fourth place in the Ligue 1 standings.
“It may have been one of our best away performances this season,” said Coach Niko Kovac. “We had the opportunity to score a fourth goal but it did not turn to our advantage. We showed solidity in the face of our opponent’s aggression tonight. In Ligue 1, the matches are never finished until the final whistle. I hope that this match will allow my players to continue to develop, they hung on and earned this result.”
AS Monaco’s next match will be on Saturday at 9pm at home against Marseille.

Written by Stephanie Horsman with ASM press release.
Photo by AS Monaco