ASM v Real Sociead: “Our ambition is to attack”

ASM v Real Sociead: “Our ambition is to attack” 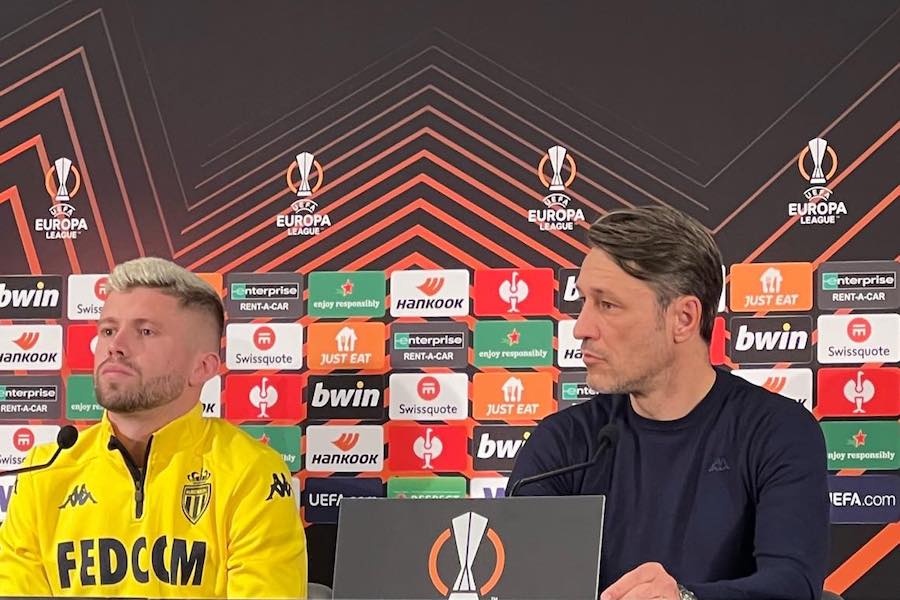 AS Monaco manager Nico Kovac dispelled any idea that his side would play for a draw during the pre-match press conference on Wednesday ahead of their crunch Europa League clash against La Liga high-fliers Real Sociead.
When questioned by Monaco Life about how he intended to approach the match given the strength of the opponent and the importance of not losing, Kovac made it glaringly clear that he would be gunning for a win. “It isn’t possible to play for a draw. Whenever you play for the draw it is difficult, so our ambition is to attack and to create chances to score and to win the game. If you play for a draw you are too passive, not active enough. From the first minute, we want to try to win the game.”
AS Monaco are faced with the daunting task of keeping Real Soceidad’s front-line quiet. The Spanish side, who currently sit second in La Liga and are only one point behind Real Madrid, have an arsenal of attacking talent at their disposal. David Silva’s creativity in the number 10 role will be a constant threat, whilst Alexander Isak’s physicality and athleticism will mean that he will be deserving special attention from the ASM defence.


It is therefore a relief that Monaco are able to once again call on Benoit Badiashile in defence who, along with Aleksandr Golovin, will return from suspension having had to sit out of Friday’s draw against Lille.
But unfortunately, Krépin Diatta, the scorer of ASM’s opening goal on Friday night who later went off injured, looks like being a lengthy absentee as he prepares for surgery on an anterior cruciate ligament injury. Reacting to the injury, Nico Kovac couldn’t give a return date for the Senegalese winger. “I am sad and disappointed to hear what is now a reality…It is going to be a long time, but no-one yet knows how long. We are going to miss him for some weeks and months. We are waiting for him, and hoping that he is back as soon as possible.”
AS Monaco are set to take on Real Soceidad at 9pm on Thursday at the Stade Louis II, and a win would secure qualification for ASM and see them progress to the much-coveted play-off phase of the competition.