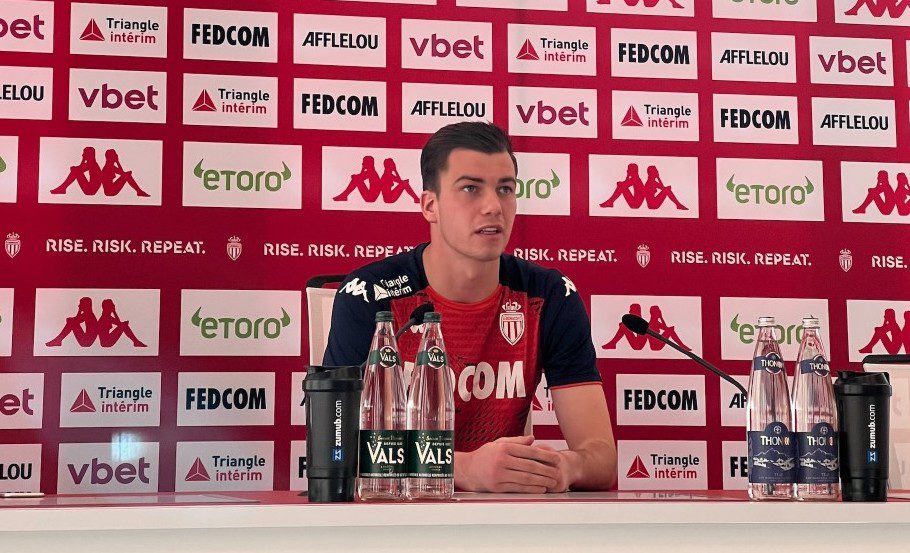 AS Monaco will come up against giant-killers Red Star in the round of 64 of the Coupe de France on Sunday in what manager Nico Kovac has described during a press conference on Friday as a David and Goliath tie.
Despite currently languishing in the lower-mid table in the French National League, Red Star still pose a considerable threat. Their recent exploits in the Coupe de France have rightfully earned them the title of giant-killers. A win against RC Lens, and a narrow penalty shoot-out defeat to Lyon in last season’s competition has only enhanced that reputation, and has prompted Kovac to warn against complacency.
“I always say in this kind of match it is always a bit like David against Goliath…It is always a danger to think you are a better team. Technically I think we are on a higher level, but you have to take into account other elements, for example the opponent’s determination to fight, the state of mind, and we have to put ourselves at that level.”
For that reason, Kovac told Monaco Life that he isn’t planning on overhauling the side that lost to PSG over the weekend. “It is a possibility that I will switch the team a bit, but I take this game very seriously. We respect the opponent. I will put out the best possible team onto the pitch. It is important to stay in this competition.”
One player that will start against the Parisian side is back-up goalkeeper Radoslaw Majecki, and the Polish national keeper told Monaco Life that he is keen to impress on his rare opportunity to start: “For me, this game is very important. If there is an opportunity, I have to take it.”
Benoit Badiashile and Cesc Fabregas are still out, and will not necessarily play until after the Christmas break. They are joined by Ruben Aguilar on the sidelines who suffered a broken nose in training that has required surgery.
Those who do start can expect a difficult match against a highly motivated, determined national league side. Victory on Sunday will see Kovac’s advance to the round of 32, which is to be held in early January.