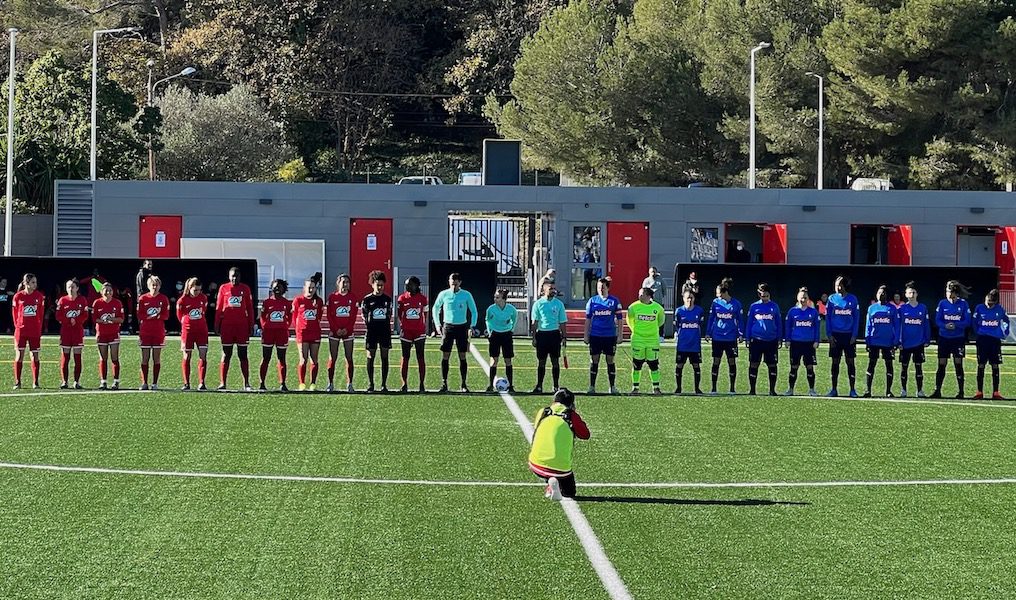 AS Monaco Women sealed their place in the next round of the Coupe de France, keeping alive their hopes of cup glory. Their already historic run now sees them advance to the round of 16.

Stunning late goals from Laura Domecq and Eva Towara sealed a 3-1 victory against Colomiers at a sunbaked Prince Hereditaire Jacques stadium on Sunday. In the draw for the next round, ASM Women, alongside Grand Calais, will be the joint lowest-ranked sides left in the competition.

ASM Women set the tone for the match early-on, dominating possession and territory. Two early chances fell to Domecq, but having found herself one-on-one on two occasions, she couldn’t convert either chance.

It was Colomiers in a rare foray in the Monaco half who opened the scoring. American defender Maddie Watson brought down a Colomiers player in the box, and Manon Rouzies converted the resulting penalty.

Colomiers began to sit deeper and deeper, happy to allow Monaco possession on the edge of their half, but the pressure eventually told. Domecq restored parity midway through the second-half and from that point the barrage on the Colomiers goal was unrelenting.

It wasn’t until late on that ASM Women made their dominance count. Towara’s sweetly struck strike nestled in the bottom left corner to send the 300 home supporters into raptures. The victory was sealed just moments later, Domecq doubling-up with a sumptuous long-range strike that was out of the reach of the Colomiers keeper and nestled in the top-left corner.

Queue wild celebrations in the home dressing room. Having already made history by making it into the round of 32 of the Coupe de France for the first time, Domecq told Monaco Life that she is already thinking about the next round. “We are going to have to raise our game, because it won’t be the same kind of match.”

Watson told Monaco Life that she hopes the team can go all the way in the competition. “We want to go as far as possible, let’s win it if we can!” On her preference for the opponent in the next round, she said, “They’re all going to be good at this point so there’s no preference. We just want to win and play our game, and it doesn’t matter who we play.”

ASM Women supporters will be waiting with anticipation to find out the team’s next opponent, with the fixture to be played on Sunday 30th January.