The Italian financial police have seized €2.5 million in assets from a banker suspected of using a Vatican body for money laundering between 2000 and 2011.

Gianpietro Nattino, head of the Italian investment bank Banca Finnat, was investigated for manipulating the market and impeding the policing of the Italian stock market. The assets placed under preventive escrow are in real estate, land and shares.

According to the Rome public prosecutor’s office, the banker was able to deposit funds either with the Holy See’s Administration (Apsa, which supervises real estate and investments) or the Institute for Works of Religion (IOR, better known as the Vatican Bank). Nattino’s alleged wrongdoing came to an end in March 2011 when the Vatican State adopted a legislative arsenal against money laundering, the statement added.

Following numerous scandals, Pope Benedict XVI and his successor Francis have succeeded in tightening anti-money laundering measures in the Vatican.

Footprints of plants, a public workshop at...

Local News Staff Writer - May 9, 2019
The New National Museum of Monaco is organising an open workshop this Saturday as part of Michel Blazy's ‘Shoe Collection’. 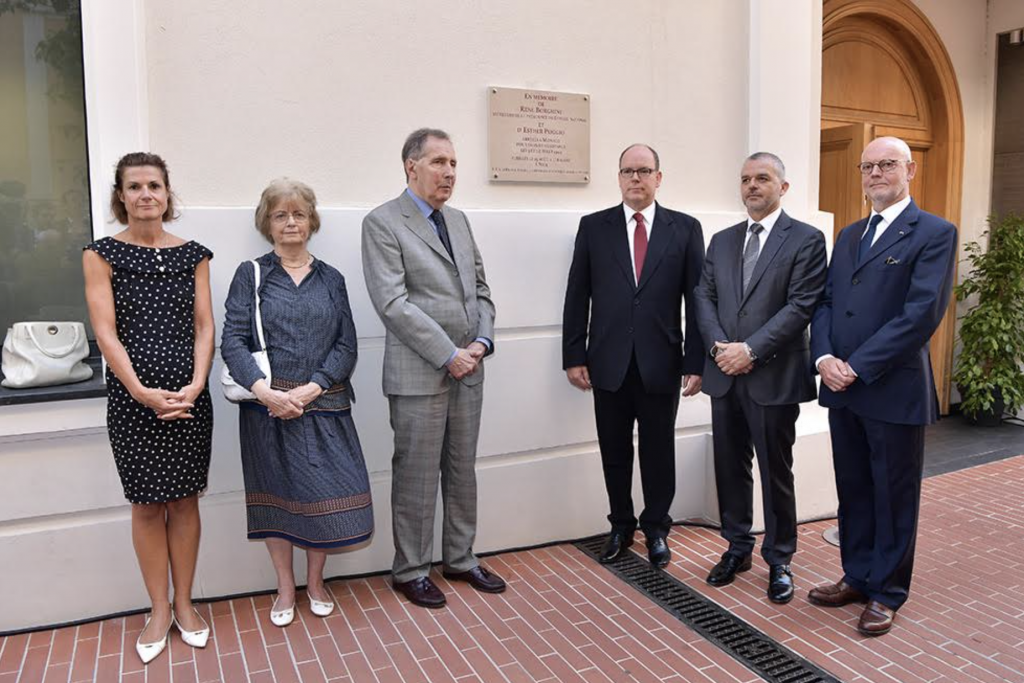 Surrounding HSH Prince Albert II (from L to R) - Marine de Carné-Trécesson, Ambassador of France, Michèle Bertola and Roland Borghini, Christophe Steiner, Président of the National Council and Serge Telle, Minister of the State. Photo: Direction de la Communication - Charly Gallo[/caption] A ceremony has been held to honour two victims of the German occupying forces in the Second World War, René Borghini and Esther Poggio, who were executed on the same day that Allied forces landed in Provence. The unveiling of a memorial plaque on the facade of the National Council building was conducted in the presence of HSH the Sovereign Prince, Serge Telle, Minister of State, Christophe Steiner, President of the National Council, Marine de Carne-Trécesson, Ambassador of France, and the High Authorities of the Principality. The two resistance fighters were arrested in Monaco on July 3 and 7, 1944, and shot at the notorious Ariane execution grounds on August 15. HSH the Sovereign Prince recalled the commitment and sacrifice of the two martyrs as he unveiled the plaque. René Borghini was a former Secretary of the Presidency of the National Council and member of an intelligence network, while Esther Poggio was his liaison officer. A minute of silence closed the ceremony, which was attended by the Federation of Monaco French Associations, and a number of associations that commemorate the resistance against the Occupation.