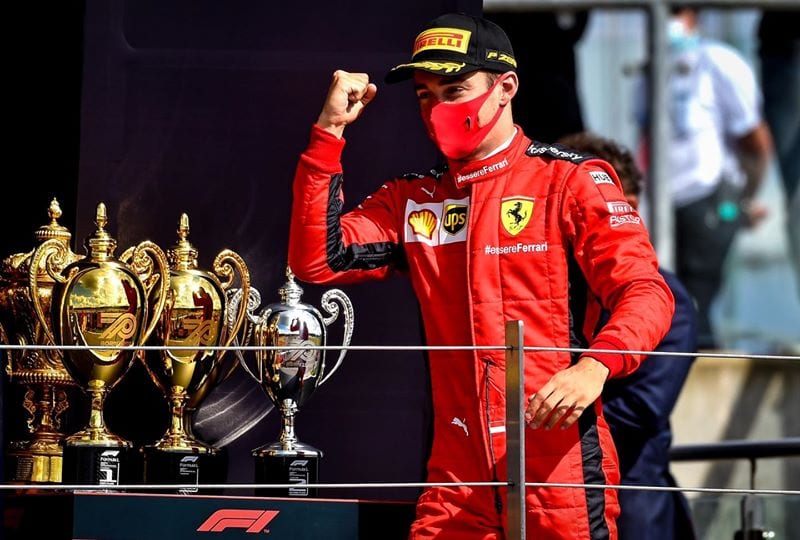 Lewis Hamilton has won his seventh victory at Silverstone despite having to limp over the finish line on three wheels. Meanwhile, Leclerc is getting his mojo back and finished a respectable third.
Lewis Hamilton took another first place win at the British Grand Prix at Silverstone on Sunday despite having blown his left front tyre with half a lap to go. The finish, perhaps the most dramatic of his career, gives the World Champ his seventh victory on this track and a story to tell for years to come.
“That last lap almost had me. We still got this,” said Hamilton after the win on social media. “I really wish I could have celebrated with all of you. I can’t express how grateful I am to all the fans, and to my incredible team. We’ve worked really hard for this. The British Grand Prix means so much to me and to think this is the seventh home win is just insane. Really gutted for Valterri, he drove a great race. We will fight again next week. Thanks for the positive energy everyone, we did this together.”
The event was also marked by a well-organised anti-racism presentation on the grid. Pilots filmed individual anti-racism statements in advance of the day that were televised before the national anthem was played. They also all wore the “End Racism” t-shirts many had sported in previous races. Not all took to one knee, but the sentiment remained clear.
Monegasque Charles Leclerc took bronze on the day, making his second podium finish of the year after a seriously bad start to the season for him and his Ferrari teammates. Starting in fourth place, he stayed in this position until the 50th lap when Valtteri Bottas’s tyre gave way in exactly the same way as Hamilton’s, forcing the Finnish driver to the pit and allowing Leclerc to take third just after Max Verstappen.
Leclerc took to Facebook to share his delight at his podium finish, saying exuberantly, “P3 baby! Without luck, we wouldn’t have been on the podium, but very happy with how we managed the weekend considering the tough times we are going through at the moment. We keep pushing.”