Astronaut Dr Scott Parazynski: “There will be a colony on Mars in 20 years”

Astronaut Dr Scott Parazynski: “There will be a colony on Mars in 20 years” 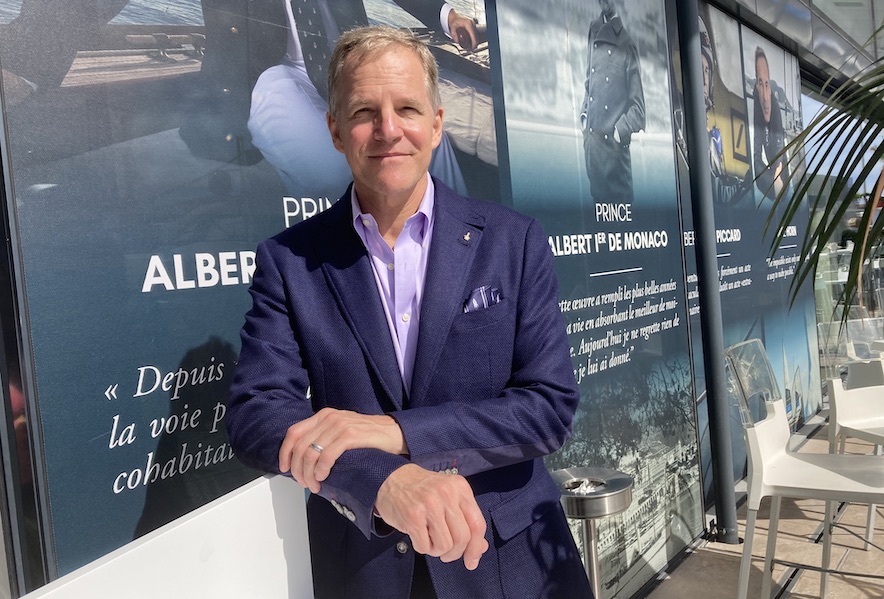 A man from Mars dropped in on Monaco last week. Given the focus on sustainable living at the Monaco Yacht Show, it was a timely visit for anyone thinking of hot-footing it to its cooler climes. Who better to sound out what life is like on the red planet?

Dr Scott Parazynski is a veteran of five spaceflights, having spent over eight weeks in space and 47 hours on spacewalks. He played a crucial role in the construction of the International Space Station and in May 2016 was inducted into the US Astronaut Hall of Fame.

A physician in emergency medicine and trauma, he led the first joint US-Russian spacewalk while docked to the Russian space station Mir Mission. He also served as crew-mate and personal physician to Senator John Glenn when he returned to space at 77-years-old. The Senator was the first American to orbit the earth and the third American in space when he flew the Friendship 7 mission in 1962.

The only person to have flown in space and climbed to the top of the world – Mount Everest (2009), the bowels of the earth hold no secret for Parazynski either: he is one of the first to climb down to the world’s youngest lava lake, inside the crater of Massaya Volcano in Nicaragua.

And he flies (commercial, instrument, multiengine and seaplane) and he dives…

“I think I get my determination from my parents. They were very adventurous and encouraged me to pursue my interests,” says Dr Scott Parazynski. “I think not limiting oneself to established norms and being willing to challenge oneself is key; being ready to take on new opportunities, that really opened up so many doors for me in my career. And not being afraid to fail.”

Parazynski’s father was an engineer on the Saturn V Rockets as part of the Project Apollo, the third US space flight programme, and young Scott knew by the time he was five-years-old that he wanted to be a part of it one day.

But he waited until he was 29 to apply. “I was lucky, I was accepted on my first application and started working for NASA in the summer of 1992.” A year of very intense training on the basics of the space shuttle and flight followed. He had his first spatial mission just one year later.

Astronaut selection involves several thousand people applying every two to four years and class sizes vary between 10 and 20 astronauts. This corps of experts work in teams of six or seven on rotation.

In the current day, each mission lasts about six months: “On my flights they were typically about two weeks long because the space shuttle only had limited fuel on board and she had hydrogen and oxygen fuel cells that created energy and drinking water and that was one of the limiting consumables for the mission.”

“Taking off is exhilarating,” he reveals. “It’s like being on the steepest roller coaster you’ve ever been on in your life: You’ve got about 3gs of gravity squeezing you back into your seat and you continue to accelerate for 8.5 minutes and you can’t believe anything can have that much power. You’re accelerating from 0 km/pr hour on the launch pad to 85,000 km in just 8.5 minutes, so it is eye watering.”

The landings are different. Having adapted to the weightlessness of space, the body weakens and the muscles and bones that resist gravity on earth have atrophied: “Your balance system is altered, so when you first get off a mission you are very wobbly and it takes a couple of days to get your land legs back.”

There are many weird and unique aspects to an ordinary day in space, the most obvious being able to float. You push yourself off with your finger tips and go wherever you want to go.

“You can’t put anything down because it will float away immediately and, in fact, the joke is if you do lose something, it is going to show up in the cabin air cleaner in about two days, so that’s what we call ‘the lost and found’.”

Sleep is another challenge: astronauts velcro pillows to their head and bolt sleeping bags to the ceiling or wall, because it feels too weird to float around, which you do anyway, inside your sleeping bag. Because they are living outside most magnetic fields, astronauts also suffer from Cherenkov radiation; intense beams of light that shoot at the back of the eye.

“On space flights you start to crave certain foods. Some types of food are too messy, they create crumbs that get in your eyes, so we don’t take bread for example, we don’t have an oven, so we can’t prepare a proper pizza, for example.” Camping-style meals are mixed with water. “They don’t look very good, but they’re tasty.”

Food is also spicier in space because the tastebuds change, it’s called fluid shift. On earth, fluid pools in the lower body during the course of the day, but in space that pull of gravity is not there,  “So our faces get a little puffier and we have a runny nose and a diminished sense of taste.”

So, will there be life on Mars one day? “Without any doubt I believe there will be a civilisation on Mars sooner than many might think. In 20 years I think there could be a foothold of a colony that will continue to expand and learn to live off the land. But it’s going to be a hardship, they’ll have to live underground because the radiation environment is much higher.”

Another good reason to sustain the earth below.

‘The Sky Below’, Dr Parazynski’s autobiography is a focus on overcoming adversity. He was speaking at the Captains’ Forum organised by the Yacht Club of Monaco, in partnership with Jutheau Husson and Oceanco.