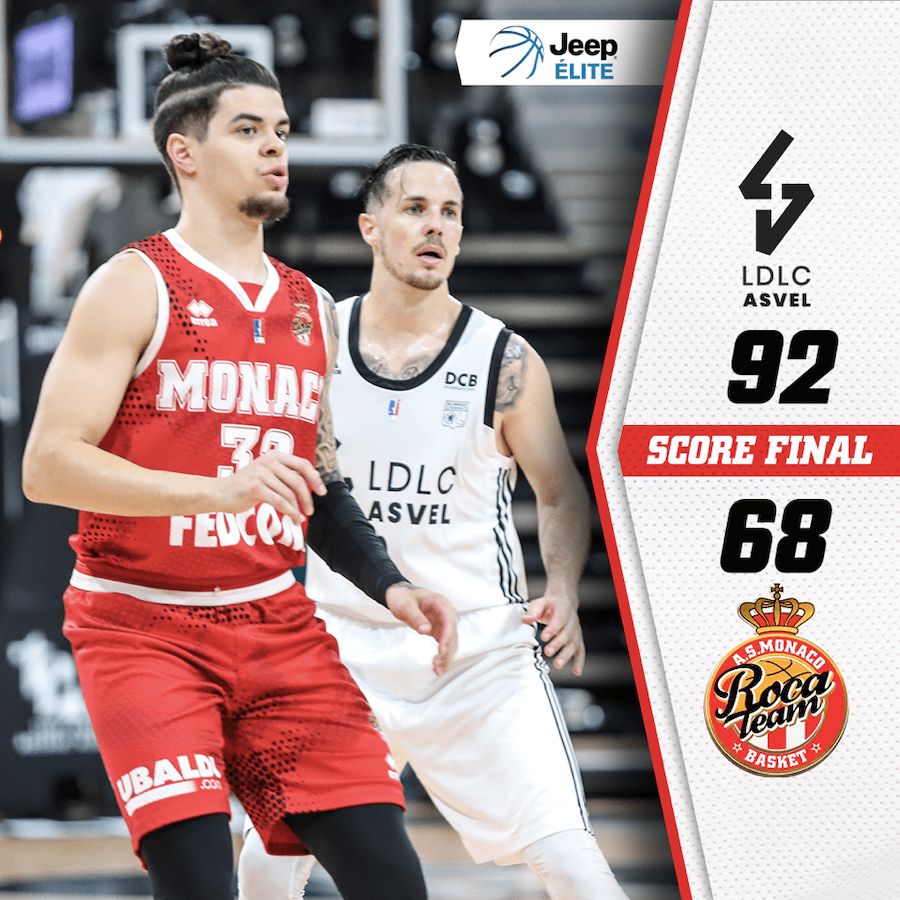 In a night no one wants to remember, AS Monaco was crushed 92 to 68 by LDLC Asvel at an away game in Lyon.
After being on fire despite a bruising schedule for several weeks, the Roca team fell flat on Saturday against Asvel at the Astroballe Sport Complex, crushed with 68 to 92.
The first half went off well enough, but it was clear from the start that the Roca boys were a bit drained. In spite of this, they played really well and at the halftime break, the score had them trailing by a mere two points.
It was after returning from the locker room that things went awry. Monaco simply couldn’t keep up with Asvel’s determination to win and fell farther and farther behind.
Adding to Monaco’s woes were two key injuries. Will Yeguete, who dislocated his finger in the last match, played but in a very diminished capacity. Then there was Mathias Lessort, who went out with an ankle injury that may prevent him from playing against Nanterre Monday night.
Though a disappointment, Coach Zvezdan Mitrovic was hardly bowled over by the loss. “This loss is no surprise to me. We were running out of juice due to the lack of training, the sequence of matches but also the quarantines. The real concern is the injury of Matthias Lessort, we do not know exactly the nature of the injury, if he were to be unavailable it would be a problem for us.”
The statistics on the night reflect the performance. Monaco made 24 out of 64 shots, with only five out of 21 in three-point range. They had 32 rebounds though, and there were 13 assists.
Rob Gray was high-scorer for Monaco with 18 points, followed by Lessort with 14.
The Roca team take on Nanterre Monday night at home, where they hope to regain some of their mojo.