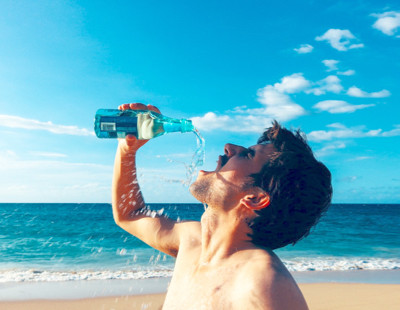 Météo-France has predicted temperatures five or six degrees above normal for season during the week beginning July 31 and has issued an orange alert to warn of the dangers. Humidity will also be very high, up to 70 percent instead of the usual 50 percent, giving a tropical feel.

Carros recorded 33 degrees on Monday, and Lantosque 39 degrees. Temperatures in Monaco are expected to be above 30, and as high as 33 for the rest of the week. A thin veil of high cloud on Tuesday may mitigate the temperature just a little, with peak heat expected on Thursday and continuing until Sunday.

There will be little relief at night, with low temperatures of 25 degrees expected all week. The normal temperature for early August is 21°C at night. Residents are advised to take what precautions they can, including avoiding the outdoors during the hottest house of the day.

A few tips for coping with the hot weather:

Photo: finedining indian[/caption] The Canadian Confederation in Monaco will be marking its 150th anniversary with afternoon tea at the Salle Empire of the Hotel de Paris, on March 29 at 4 pm. The third event of the Confederation celebrations will focus on a specific moment of the historic relation between Canada and the United Kingdom: the signature by Queen Victoria of the British North America Act on March 29, 1867, which facilitated the final approval of the Canadian Confederation on July 1 of the same year. “We will offer you a classic English Afternoon Tea. The menu will include finger sandwiches, rich scones with clotted cream, and fine pastries all accompanied by a large choice of teas, and heightened by fine Champagne,” the organisers say. This event is put on by the Canadian Consulate in Monaco, represented by Marc Devito, Honorary Consul of Canada in Monaco, the Consulate of the United Kingdom in Monaco, represented by Eric Blair, in collaboration with the Canadian Club of Monaco presided by France Rioux and BAM (British Association of Monaco), presided by Vanessa Ilsley. As places are limited, participation will be reserved in the order reservations are received along with payment. Tickets are €90, and €55 for children under-12. The Canadian theme will also be reflected in a wine event at the Meridien Beach Plaza, from March 25 through March 27. Henry de Bellegarde is inviting wine aficionados to taste its 2015 crus, billed as the best vintage for 20 years. The wines are the same as those served during the recent Canadian gastronomy. The free tastings will be held each day from 10:30 am until 7 pm. 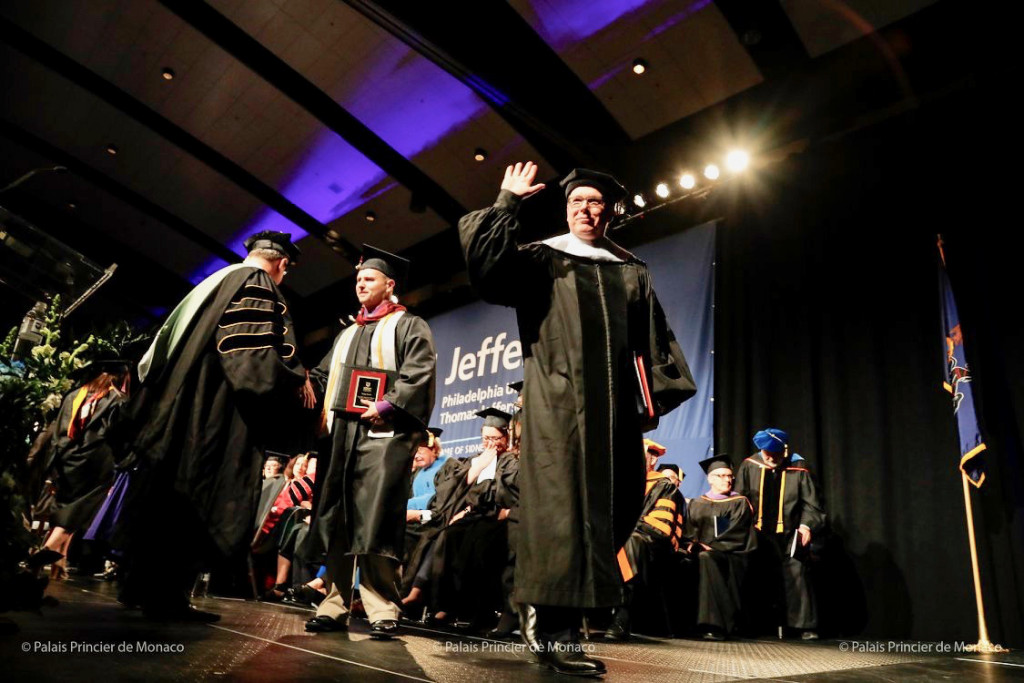 Photo: F. Nebinger/Palais Princier de Monaco[/caption] Continuing his trip to North America, after visiting a number of Canadian cities, Prince Albert travelled on Wednesday, May 9, to Philadelphia, the birthplace of his mother, Princess Grace. On Wednesday morning, Prince Albert was the special guest of the prestigious Thomas Jefferson University where he was awarded the title of Doctor Honoris Causa in "Human Letters" in recognition of his work on environmental issues, especially through his Foundation, and for his support for theatre, dance and film through the work of the Princess Grace Foundation-USA.   [caption id="attachment_30971" align="alignnone" width="640"] 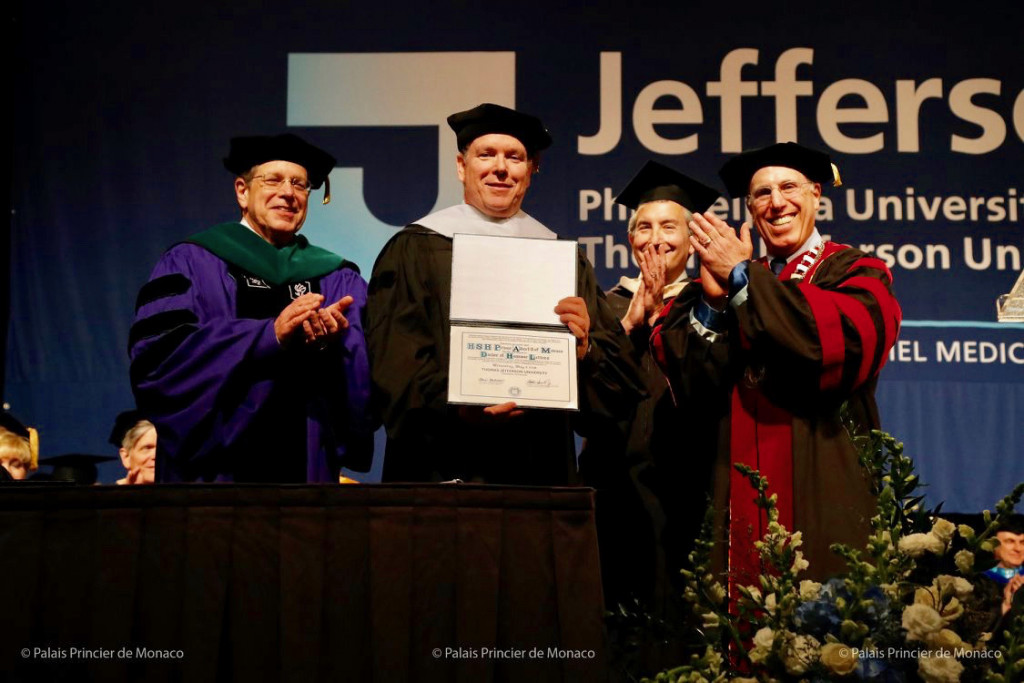 Photo: F. Nebinger/Palais Princier de Monaco[/caption] Prince Albert delivered a speech to nearly two thousand people, including 650 new graduates of the University and their families, stressing the importance of the behaviour of each one of us to better defend our planet. The Thomas Jefferson University is a university founded in 1824. It specialises in the sciences of medicine and the different fields of health. [gallery td_select_gallery_slide="slide" size="large" ids="30973,30970,30969"]