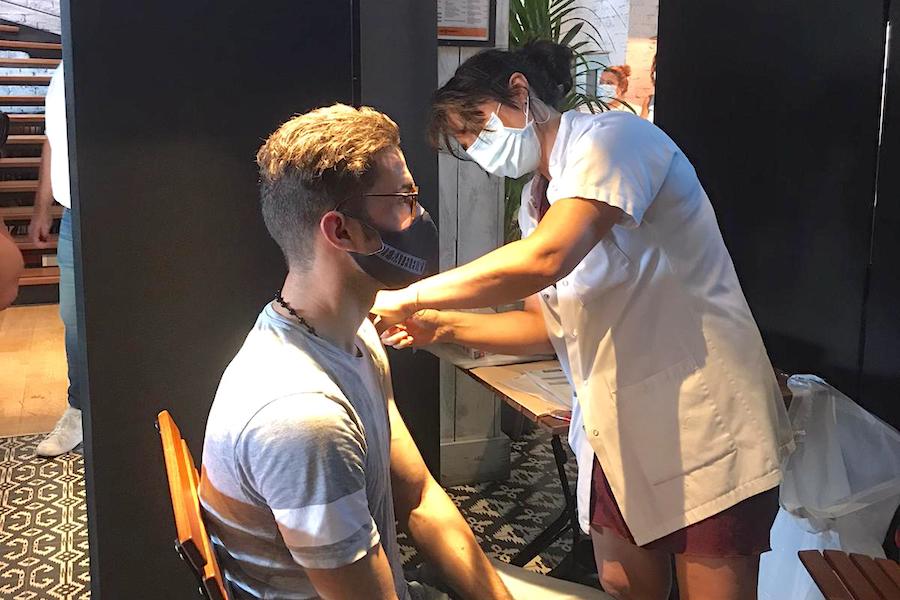 An Australian pub in Nice has been transformed into a temporary vaccination centre, helping around 450 local hospitality staff to get the jab before France implements its mandatory health pass in bars and restaurants.
Situated in the heart of Vieux Nice on the Cours Saleya, Van Diemen’s is more accustomed to handing out pints of beer to sun-soaked tourists than vaccinations to hospitality staff. But that’s exactly what happened on Thursday when a team of doctors and nurses set up shop for a major two-day anti-Covid campaign.
“We are hoping to have 95% of all bar and restaurant staff in this area covered by the end of this vaccination drive,” Van Diemen’s proprietor Thady Nolan told Monaco Life.
The campaign is being led by the Nice City Council and officials were on site on Thursday to monitor its success. 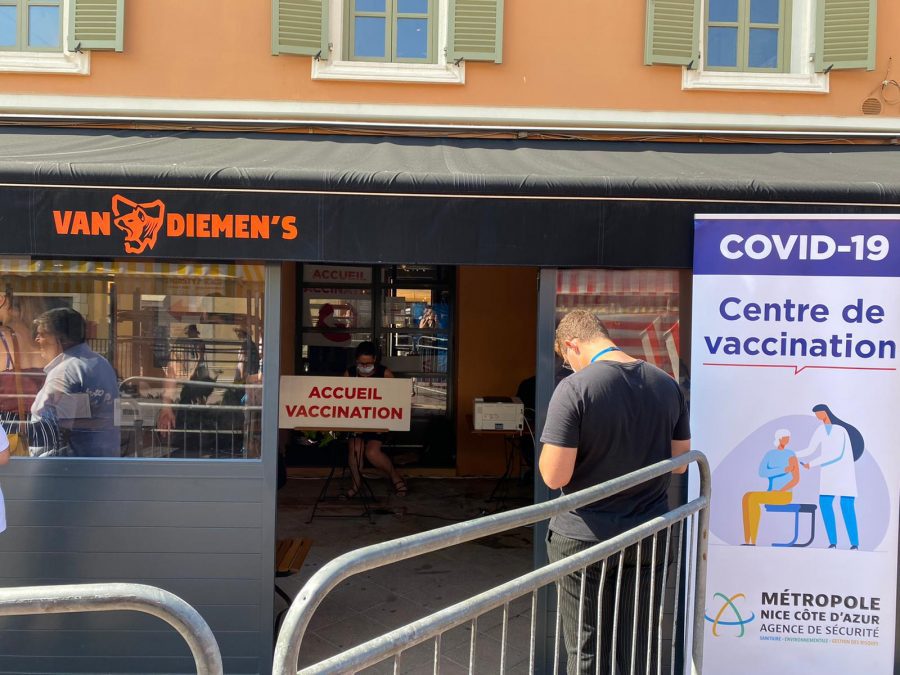 From Wednesday 21st July, the so-called passe sanitaire – showing proof of vaccination, a negative test or recent recovery from Covid-19 – is needed to enter or work in most museums, theatres and cinemas. It will then be extended to restaurants, cafés and shopping centres in August, President Emmanuel Macron announced last week.
The initial health pass was implemented by decree, while lawmakers are set to vote on its extension to restaurants in the coming days.
By the end of this campaign in Nice, around 450 bar and restaurant staff in the immediate area are expected to be fully vaccinated.
But with a three-to-four-week gap between jabs, and around a week to access the health pass, vaccinated staff today will still not have a health pass by the initial August deadline.
“At best, they will have their health pass by mid-September,” acknowledges Thady Nolan. “If they implement this from August, bars and restaurants will have to close.”
Industry leaders have met with key ministers in France asking for a postponement of the extension until at least 15th September. 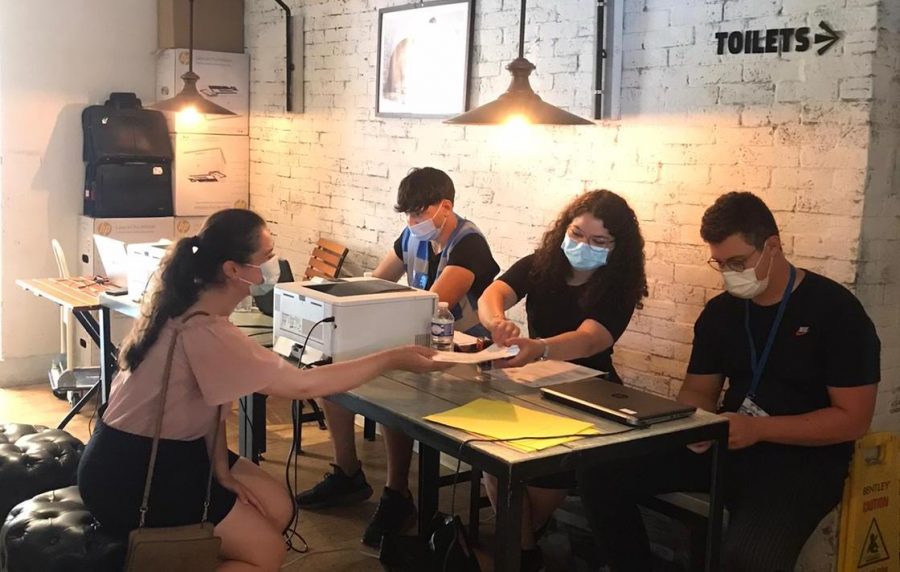 Since the announcement by French President Emmanuel Macron, more than three million new appointments for vaccinations have been made in France.
Staff at Van Diemen’s who were initially reluctant to get the vaccine and are generally aged between 20 and 30 have also jumped on board if it means they are unable to work.
But business owners still don’t know what to do with staff who refuse to get vaccinated.
“It is not yet clear what happens if someone is not allowed to work because they don’t have a health pass,” says Thady Nolan, who employees 120 staff at five bars/restaurants in Nice and Cannes. “At the moment, if someone can’t come to work, they’re put on unpaid leave. After two months of not working, they can be fired. But again, we don’t know for sure what the circumstances are surrounding the health pass.”
Health pass to prevent further lockdowns
The Delta variant is behind France’s “fourth wave” of Covid-19, and the purpose of the health pass is to avoid a fourth nationwide lockdown, Prime Minister Jean Castex said on Wednesday. He also revealed that 96% of the 18,000 new cases reported the previous day were among the unvaccinated.
According to a study published Wednesday in the New England Journal of Medicine, two doses of Pfizer or AstraZeneca’s Covid-19 vaccine are nearly as effective against the highly transmissible Delta coronavirus variant as they are against the previously dominant Alpha variant. It confirms headline findings given by Public Health England in May about the efficacy of these vaccines based on real-world data.
Wednesday’s study found that two doses of Pfizer’s shot was 88% effective at preventing symptomatic disease from the Delta variant, compared to 93.7% against the Alpha variant, broadly the same as previously reported.
Two shots of AstraZeneca vaccine were 67% effective against the Delta variant, up from 60% originally reported, and 74.5% effective against the Alpha variant, compared to an original estimate of 66% effectiveness.