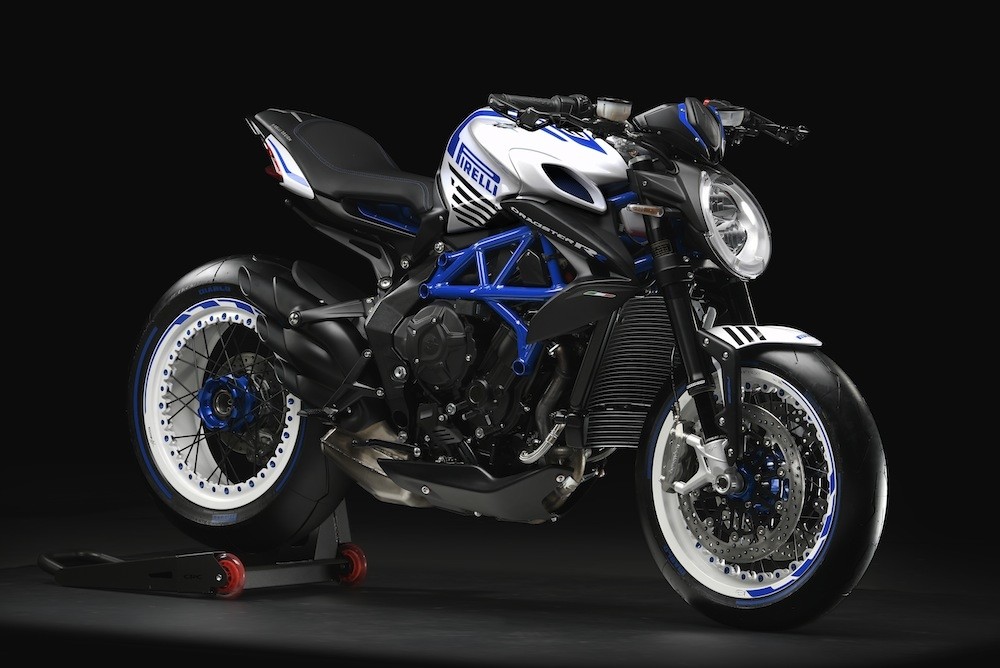 To celebrate the Formula 1 Grand Prix and Top Marques Monaco, MV Agusta and the Metropole Shopping Centre have organised the display of two thrilling motorcycles and an exceptional urban electric bike until 4th June.

The Metropole is positioning itself within the hugely popular motorsport circuit featuring the impressive MV Agusta Dragster 800 RR Pirelli limited edition in blue. The special motorcycle was unveiled in September 2018 at the inauguration of the P Zero World of Monte Carlo. The motorcycle is mechanically identical to the standard 800 RR but features a special rubberised coat that prevents scratches to the paint surface. A streetfighter’s look with a powerful three-cylinder heart, the MV Agusta Dragster 800 RR is the technical base for the development of this version.

Also on show will be the limited edition MV Agusta Red F4 LH44, otherwise known as “The choice of F1 world champion Lewis Hamilton” – and the Made in Monaco bike Stajvelo Beau Rivage, which is an urban electric bike with automatic transmission.