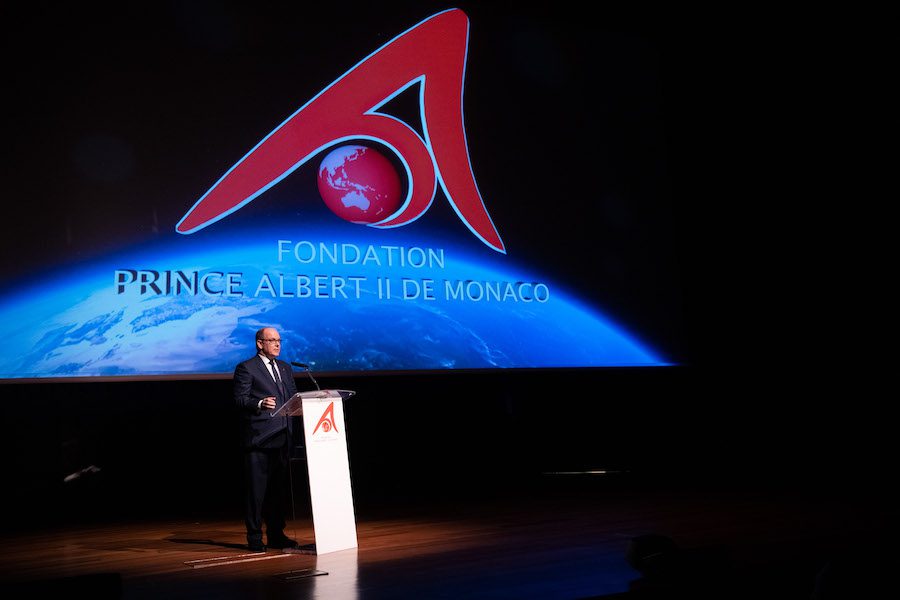 To mark the 15th anniversary of the Prince Albert II of Monaco Foundation, this year’s Awards will be marked by a performance of ‘The Way of the Rain – Hope for Earth’ created by Sibylle Szaggars Redford and featuring Robert Redford.
The event will take place at the Grimaldi Forum, Friday 29th October, in the Salle des Princes.
Since 2008, the Prince Albert II of Monaco Foundation’s Awards have paid tribute to leading individuals and organisations for their deep commitment to preserving our planet in each of the Foundation’s three priority areas: limiting the effects of climate change, preserving biodiversity, and managing water resources.
“I wanted to create these awards to show my support to exceptional men and women who are committed to saving our planet,” says H.S.H. Prince Albert II of Monaco.
Previous award winners include Dr Jane Goodall and Sir David Attenborough for their work in biodiversity, while Sting and Orlando Bloom are among previous Special Awards winners.
This year, in celebration of the Foundation’s 15th anniversary, the awards ceremony will be followed by a performance of ‘The Way of the Rain – Hope for Earth’, a multidisciplinary environmental performance created and directed by Sibylle Szaggars Redford, in collaboration with Music Composer Tim Janis, Performance Film Artist Floyd Thomas McBee, and with a special narration by Robert Redford. The performance interprets nature’s powerful beauty while calling attention to the Earth’s vulnerability brought on by climate change.