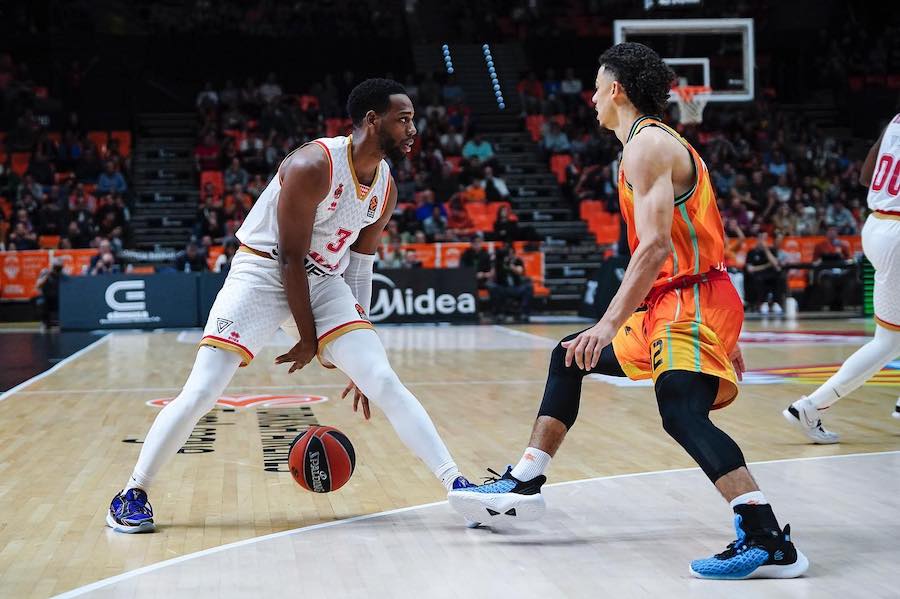 AS Monaco Basketball failed to bounce from their Betclic Elite defeat to Dijon, as they once again fell short on Friday, this time against Valencia in the Euroleague (89-84).

The Roca Team remain in a strong position in the Euroleague, but they must re-find their form in order to keep their play-off campaign on track. The Principality do, however, have home-court advantage for their next three European ties.

Former Lyon-Villeurbanne player Chris Jones did the majority of the damage for the Spanish side, with the Monégasques failing to find a way to limit his influence.

Offensively, Monaco were grateful for Jordan Loyd’s (24) efforts, but in a game dominated by free-throw efficacy, the away side couldn’t take their chances. The game slipped away after the return from the dressing rooms. Only one point separated the side’s at the break, but thanks to an unreplied six-point streak at the end of the third quarter, Monaco went into the final quarter with a 10-point deficit (64-54).

Despite outscoring their opponents in the final stages, and at multiple stages going within three points of Valencia, Sasa Obradovic’s men couldn’t restore parity.

“Valencia made some big shots. We have talent, but we have to share the ball more. We’re going to move forward,” said Loyd post-match.

The Roca Team now have the benefit of significant preparation time for their next tie against Baskonia at the Salle Gaston Médecin next Friday. A win is a must to prevent this blip from becoming a more engrained, negative trend.