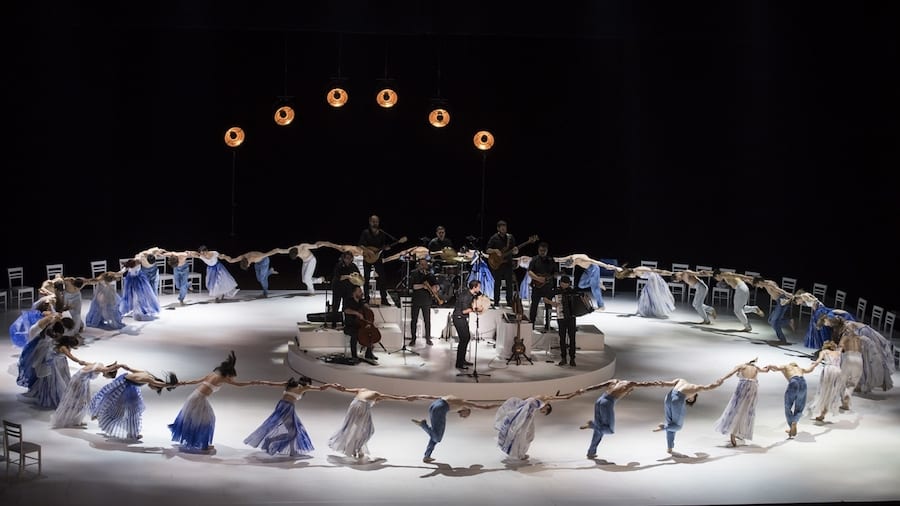 Former dancers from the Ballets de Monte-Carlo have created a “first in the world of dance” – an on-demand video platform allowing audiences to get up close and personal with the dancers and shows.

The new digital platform, bmcstream.com, will be officially launched on 5th January 2021, giving viewers an opportunity to follow the daily life and work of the company from up to four different camera angles.

The platform was created by two former dancers Quinn Pendleton and Ediz Erguc and is coordinated by their digital agency Équilibre in Monaco.

The new approach certainly reflects the times. Covid has forced the cancellation of shows all year and many dance companies have simply stopped performing. The Ballets de Monte-Carlo is one of the few who has carried on, and in fact has increased the number of performances in Monaco throughout December.

With no end in sight to social distancing and health restrictions, Quinn Pendleton and Ediz Erguc took lemons and made lemonade in creating bmcstream.mc. This format allows those outside the Principality, as well as local fans, to access the work being done by Jean-Christophe Maillot’s troupe, including rehearsal, interviews and behind-the-scenes.

The digital initiative follows the success of the ballet’s lockdown video called Wake Up, which got two million hits on YouTube.

“The reality of social networks is indisputable. Even if it is not my world, it is an aberration not to realise that it is a reality,” said Jean-Christophe Maillot to Monaco Matin. “We have developed on these networks for four years. But at the time of this crisis, it is unbearable for me to hear that we have to reinvent ourselves. We must stop making ourselves believe that we are going to be able to do the equivalent of a live performance on digital. But, instead of substituting live performance for a digital vision, I wanted this platform to have an additional asset in the dissemination of our work internationally.”

Four camera angles allow for different perspectives and atmospheres. A traditional wide angle shot faces the stage, as well as one from backstage, the edge of the stage and the side of the stage.

The €5 monthly fee is a bargain considering regular ticket prices are far above that, plus this gives viewers the security of watching from home, a safer and more comforting alternative for some than a crowded theatre. For those not convinced or ready to subscribe, there is a pay-per-view option for €12.

Core Meu will be the first performance to go live on 5th January, followed by others in March and May.