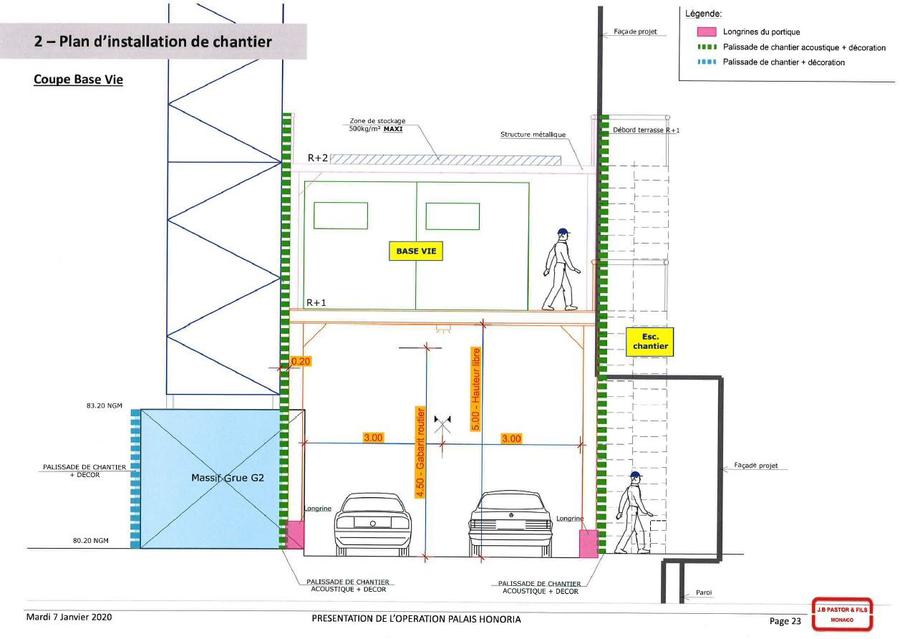 As part of the newly approved Palais Honoria housing project, a gantry will be installed above Boulevard de Belgique, creating temporary traffic impediments in the area.
In an effort to lessen the strain on residents and to avoid the excessive use of public space during the construction phases of the new Palais Honoria operation, a platform will be built to house the necessary heavy equipment, such as a crane, cameras or signals, during the project.
The gantry will be erected at night to ensure the least possible disruption between 9pm and 5am from Tuesday 14th January to Tuesday 21st January, except on the weekend of the 18th and 19th of January.
A traffic ban will be in effect between the Boulevard de Jardin Exotique / Boulevard de Belgique roundabout and the Bosio / Boulevard de Belgique roundabout except for residents who require access to their homes or to the Bosio car park.
The Palais Honoria will occupy 2 Boulevard de Belgique and will compel the demolition of the current Palais Honoria buildings as well as the Villa Le Mas. In addition to the 65 apartments it will create, there will be a crèche, two new commercial premises and 173 new parking spaces built. The expected cost of the project is €61.5 million and the project is due to start this month.