Around 70 members and friends of JCI, as well as Minister of the Interior Patrice Cellario, AS Monaco Basketball team captain Amara Sy and players Sergiy Gladyr and Paul Lacombe, gathered at the BMW showroom at 9 rue du Gabian to hear about basketball and its relationship with the Principality from three speakers: Geneviève Berti (Director of the Government Communications Department), Oleksiy Yefimov (General Manager of AS Monaco Basketball) and Dr Ilhani Aygun (President of AS Monaco Basketball Partners Association and President and CEO SSI-Monaco Space Systems International Monaco).

JCI’s outgoing president Oliver Mura opened the event, followed by Director of Business Network Events 2017 Laetitia Mikail, who explained that, in addition to the obvious sporting attractions of international stature in the Principality – the Grand Prix, the Rolex Monte-Carlo Masters and the Herculis track and field meet, Monaco is home to 70 sports associations and 38 sports federations.

Genevieve Berti commented that “sport is a universal language” and that the Government’s Communications Department is responsible for all the PR for AS Monaco Basketball, and with a budget of €1.5 million per year, they want the team to be known internationally as a Made in Monaco product. She added that while sports unite people in values and solidarity, when you are a small country like Monaco, you must look to the outside.

Ms Berti also pointed out the long history of basketball in Monaco – AS Monaco was created in 1924 – with the Harlem Globetrotters playing in Monaco and the US American Dream Team, including Michael Jordan, practiced in the Principality prior to the Barcelona Olympics in 1992. NBA Legend Magic Johnson, a frequent visitor to Monaco, celebrated his 25th wedding anniversary at the Yacht Club last year.

This international appeal is the reason for the creation of the AS Monaco Basketball Partners Association. As its president, Dr Aygun, said, “This association will give us a voice in the world of basketball, to attract more sponsors which will financially support the club and provide sustainable long-term success.”

Success seems to be a key word for AS Monaco Basketball, also known as Roca Team. GM Oleksiy Yefimov painted a clear picture: “Four years ago, Monaco’s basketball team was in the 3rd French Division and less than 100 people would come to a game. Last weekend, the match was sold out with 3,000 fans in attendance and we now lead the Pro A Division.”

Riding on a wave of victory, Roca Team has won nine consecutive games and is looking for number 10 this Saturday, December 23, at 7 pm, when they play ESSM Portel in Salle Gaston Medecin – a game which will be complete with cheerleaders and a Kiss-Cam.

As is fitting just before Christmas, this weekend’s match will join in the spirit with a collection of new toys for children and adolescents for the French non-profit charity, Secours populaire.

AS Monaco Basketball and the National Basketball League count on the generosity of fans in this holiday season: receptacles will be placed at the entrance to the Salle Gaston Medecin to accept gifts.

Business Time is a quarterly event in French and English dedicated to Networking in Monaco to highlight an example of excellence in the Principality, with the exceptional participation of recognised speakers. For more see the website.

Sports Staff Writer - May 10, 2019
After four months in the yard for winter maintenance, Monaco’s racing yacht Malizia II-Yacht Club de Monaco is back on the race circuit 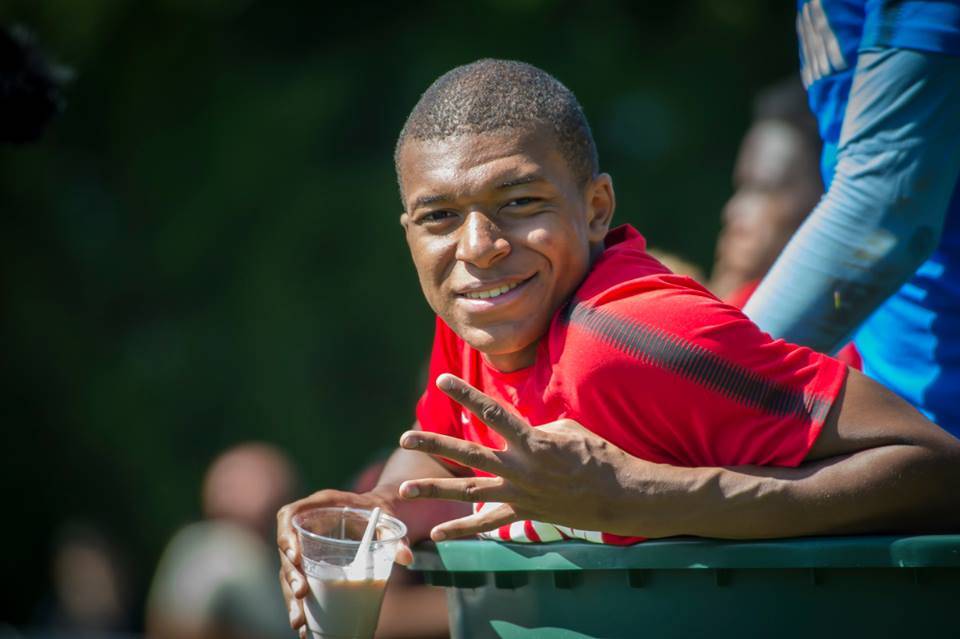 Kylian Mbappe. Photo: Facebook AS Monaco[/caption] UEFA, Europe’s football governing body, has announced the 10 players who got the most votes from last year’s Champions League and Europa League managers and 55 journalists –one from each member nation. Monaco striker, 18-year-old Kylian Mbappe, has come in at number eight. The top three’s final order will be revealed on Thursday, August 24, when the Champions League group stage draw takes place in Monaco. Players who represented Juventus, Barcelona, Real Madrid, Monaco, Bayern Munich and Manchester United all made it into the top ten. Mbappe, who reportedly wants to play with Paris Saint-Germain, is the only Monaco player to be placed in UEFA’s top 10. Meanwhile, AS Monaco coach Leonardo Jardim defended his decision to bench the teen superstar in the Ligue 1 Dijon match on Sunday, which Monaco went on to win 4-1. "We never punish our players. That is not the right word. 'Protected' is a better word. When so many things are happening around an 18-year-old kid, it is our responsibility to protect him," Jardim said. "That means me, Vadim [Vasilyev, the vice-president] and the sporting director [Antonio Cordon]. It is always to protect the squad, the player and the club.” The Ligue 1 Champion’s coach, who has extended his contract until 2020, added, "Kylian is not at 100 percent. He is not in great form. But that is to be expected of a kid who is just 18...” Whether Mbappe, to whom Real Madrid are allegedly willing to offer a €180 million contract, will be left again out again Friday when Monaco play Metz away, is yet to be confirmed.