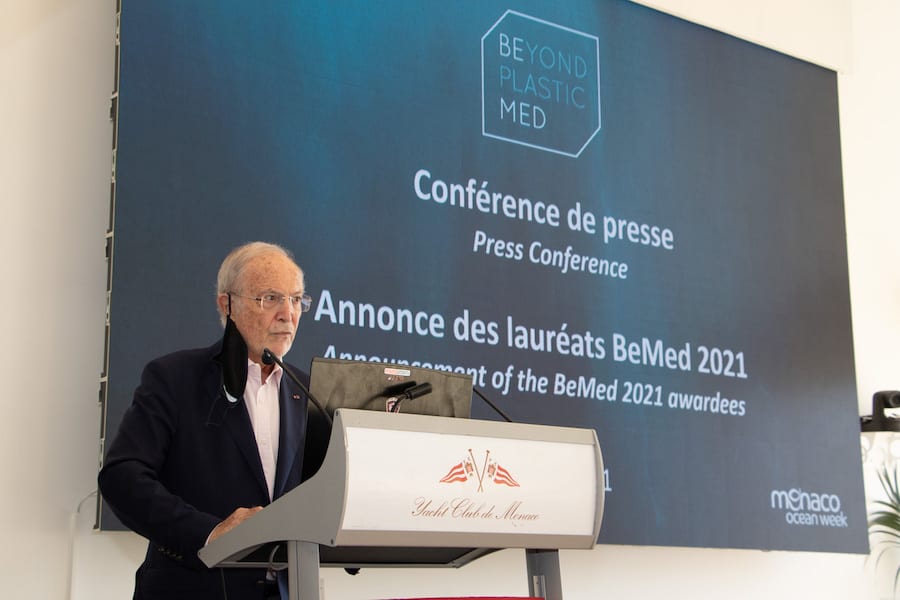 As part of Monaco Ocean Week, Beyond Plastic Med, an initiative created by the Prince Albert II Foundation, has revealed the 12 new projects that it will support in 2021 to reduce plastic pollution in the Mediterranean.
The Beyond Plastic Med (BeMed) programme aims to reduce and find alternatives to plastic use, improve waste collection, raise awareness, engage stakeholders and implement regulations in the Mediterranean, one of the world’s most plastic-polluted seas.
After working hard to reduce the use of single use plastics in recent years, the health crisis reversed much of this good work through the necessity of using disposable gloves and masks. This has clearly been done to slow the spread of a deadly virus, but the impact on an already serious environmental problem has been worsened.
BeMed and their partners, MAVA Foundation, Surfrider Europe Foundation, Tara Océan Foundation and IUCN, work to fight plastic pollution by working with people in the field and those who are affected most.
The 12 new micro-projects will emanate from nine countries. They include an initiative in Tunisia for awareness raising, research and implementation of alternatives to plastic in the agricultural sector. Bakeries in the country will now use alternatives to plastic bags thanks to the Association for Coastal Protection in Bizerte, while environmental clubs will be set up in primary schools in Nabeul to educate children and kickstart recycling practices.
In Montenegro, the project involves an improved waste collection system in the Ulcinj region, support for local businesses in their search for alternatives to plastic, and a mobilisation of local environmental organisations. There is also a new NGO called Green Life that will focus on cleaning and characterising waste found on the seabed in the Ulcinj region to raise awareness and engage the public and municipalities.
Meanwhile in Greece, a low-tech machine is being used to transform plastics collected at sea into recycled everyday objects at the Skopelos Dive Centre. There is also a project to measure the level of marine pollution and share this information among the general public and tourists.
In Malta, Association Tatavaka is looking for support among stakeholders and municipalities to implement a waste management plan on two Croatian islands.
In Albania, Association Doctor Vet in Community is working on awareness raising, research and the implementation of alternatives to plastic in the agricultural sector.
Spain’s Menorca Preservation Fund is tasked with creating an inventory of single use plastic consumption habits in Menorca and the implementation of a ‘Plastic Free Balearics Certification’ in local businesses.
MareVivu in France will share its assessment of the recyclability rate of plastic waste to raise awareness among the public, schools and decision-making bodies on the importance of reducing our consumption of single-use plastics. Meanwhile, UMR MARBEC is undertaking a scientific study to better understand the micro-plastic pollution caused by shellfish farming practices and raise awareness among stakeholders.

Photo by the Prince Albert II of Monaco Foundation