Beausoleil entrance set to get a makeover

Beausoleil entrance set to get a makeover 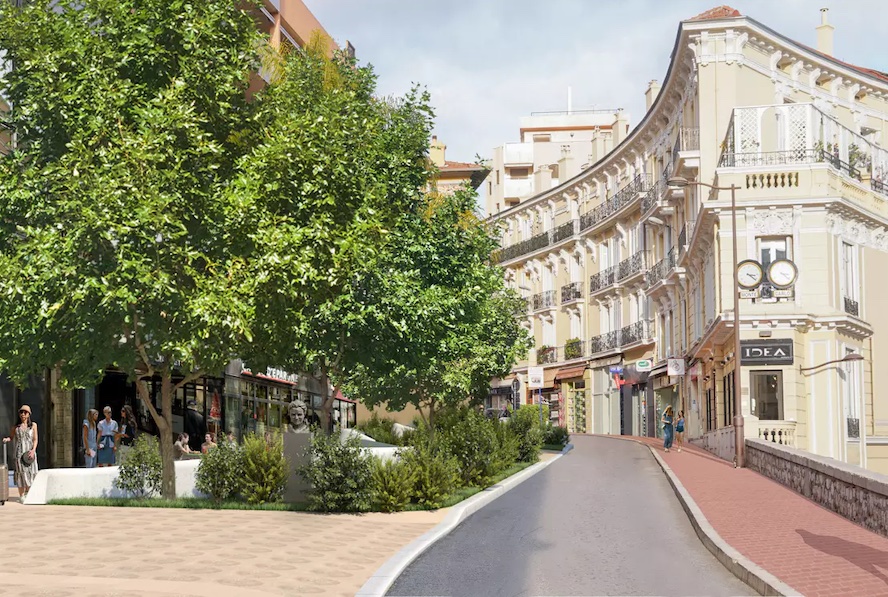 Beausoleil is earmarked for a beautification project that will see a complete redesign of the entrance from Monaco, as the city makes strides in moving towards being as car-free as possible.

The project will take place at the entrance to the town on Boulevard du Général Leclerc, where an array of new trees will be planted and a statue erected of Simone Veil, a French magistrate and the first female President of the European Parliament (1979 to 1982). A Holocaust survivor, she was a firm believer in the European integration as a way of guaranteeing peace.

The statue has been donated by Serge and Beate Klarsfeld who, for over half a century, hunted, confronted, prosecuted, and exposed Nazi war criminals all over the world.

Engraved on the academic sword of Simone Veil will be the motto of Europe: ‘United in diversity’, something that “corresponds perfectly to the daily life of the inhabitants of Beausoleil,” says Mayor Gérard Spinelli.

Other works include the expansion and partitioning of the Alcazar restaurant terrace on Boulevard de France, and the removal of the taxi zone.

The unique sun tiles that exist on the sidewalks of the town will cover the entire pedestrian area, including the access to the car park, designed to highlight pedestrian-priority areas. In fact, Gérard Spinelli aims to eventually reduce the number of vehicles in Beausoleil and “pedestrianise the city centre and the districts as much as possible”, according to a recent report in Monaco Matin.

Sidewalks are being widened to 1.5 metres, while the first of 12 planned escalators will go into commission this year. Plans are also underway for an additional 13 escalators to serve other neighbourhoods, said the mayor.

Close to 80% of people living in Beausoleil work in the Principality of Monaco.

Beautification of the area near the Alcazar restaurant is due to be completed before the end of the summer.

Photo of the new design for Beausoleil by Marie Rondole, Agence Faragou